Meaning of Idiom ‘An Act of God’

An act of God is an unexpected, powerful, and uncontrollable event that is not caused by humans, such as a hurricane, tornado, flood, earthquake, volcanic eruption, wildfire, etc. 1Kirkpatrick, Elizabeth M. The Wordsworth Dictionary of Idioms. Ware: Wordsworth, 1995.

This idiom is most often, though not always, used in legal contexts, especially in the provisions of insurance policies or contracts. For example, many home owner’s insurance policies may not cover certain “acts of God.” When used in such a way, the term can be vague and may mean insurance company decides it means. The idiom is also used in contracts, such as when a contract specifies that the signers should not be held responsible for being unable to carry out the contract due to acts of God. 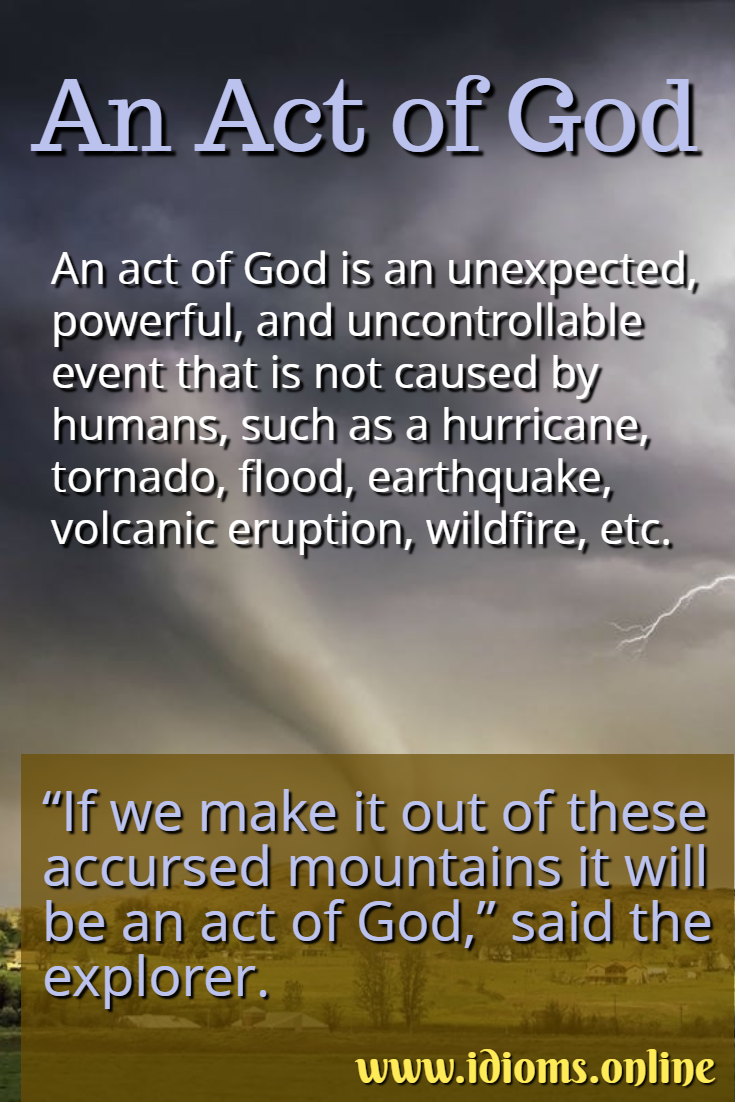 “When a tree limb fell on my car, the insurance company would not cover the damage. They claimed that the storm which caused the limb to fall was an act of God and therefore was not covered under the policy.”

“If we make it out of these accursed mountains it will be an act of God,” said the explorer.

Used as a legal term since the first half of the 1800’s, but appearing with a similar meaning since the 1600’s. 2Ammer, Christine. American Heritage Dictionary of Idioms. Boston: Houghton Mifflin Harcourt, 2013. 3Bengelsdorf, Peter. Idioms in the News – 1,000 Phrases, Real Examples. N.p.: Amz Digital Services, 2012.