In Scotland, the term is sometimes heard as Adam’s wine.

“We have no beer or wine. You’ll have to make due with Adam’s ale.”

“Cold beer is great on a hot summer’s day, but if you are truly thirsty, nothing will do but Adam’s ale.” 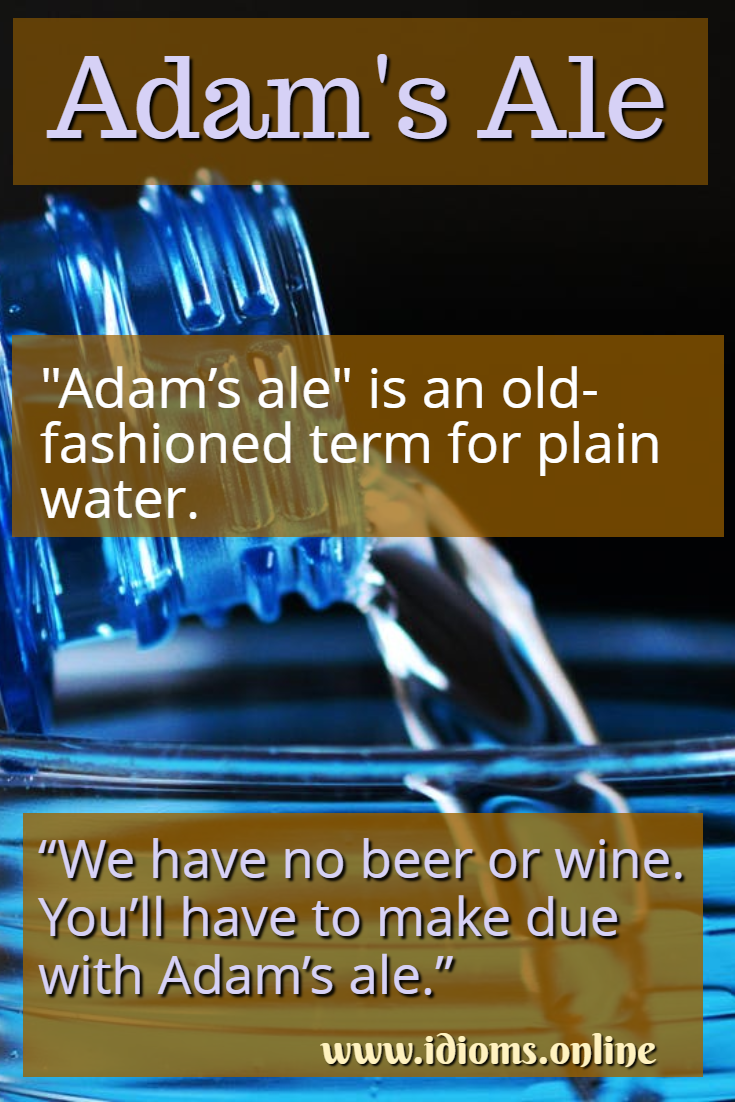 This old and rarely-heard idiom is based on the Biblical story of Adam and Eve and alludes to the assumption that Adam had only water to drink. It gained widespread usage during the temperance movement beginning in the 1830’s. However, it was used in print as early as 1780 in a poem called The Jug of Rum by Philip Freneau, an early temperance or teetotolism advocate 3“Adam’s Ale.” Wikipedia, Wikimedia Foundation, 19 Sept. 2017, https://en.wikipedia.org/wiki/Adam%27s_ale.