A bad egg is a person who, although they seem to be good, turns out to be a very bad person; one who cannot be trusted.

Bad egg is the opposite of good egg.

“I’m telling you, Robert is just a bad egg. I wouldn’t trust him if I were you.”

“It’s disappointing when someone you think is a good friend turns out to be a bad egg.”

“I’m not surprised at all that he lied. I always knew he was a bad egg.” 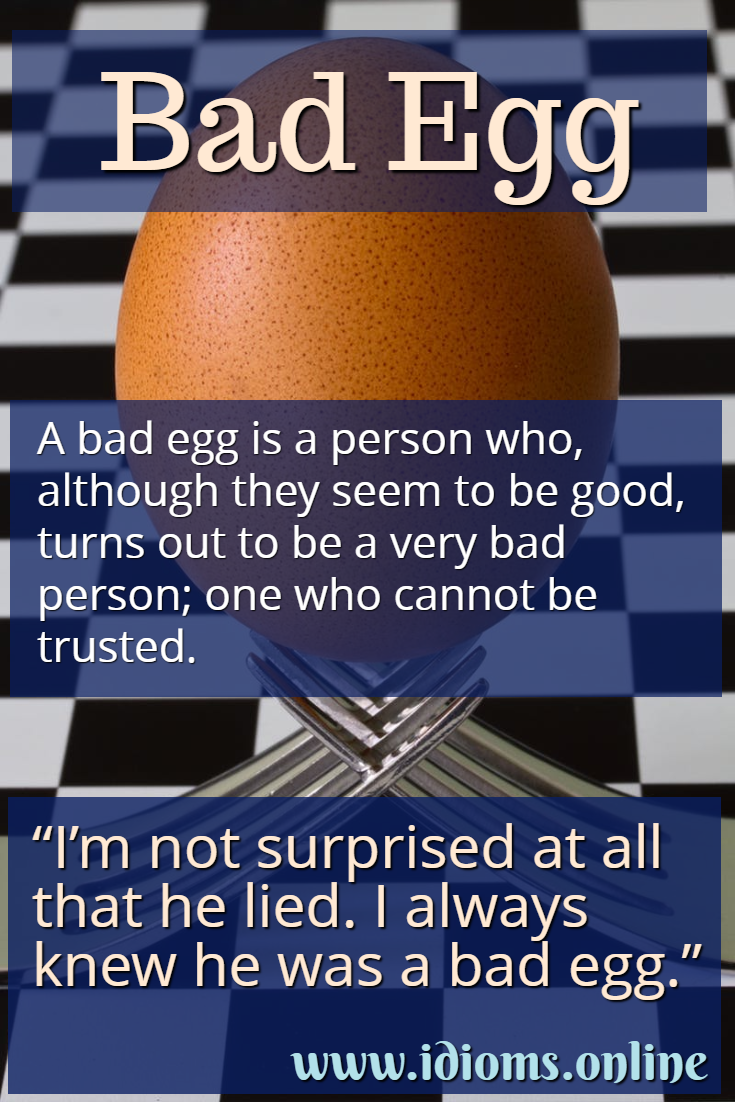 Egg has been used to describe people since the 1600s but this idiom arose during the mid-1800s. It alludes to an egg which seems perfectly fine on the outside but when broken open turns out to be rotten. The antonym, good egg, arose later. 1Ammer, Christine. American Heritage Dictionary of Idioms. Boston: Houghton Mifflin Harcourt, 2013.