Meaning of Idiom ‘A Bitter Pill to Swallow’

A bitter pill to swallow is something unpleasant that is difficult to accept, such as a disappointment or setback, that must be accepted and endured. 1Kirkpatrick, Elizabeth M. The Wordsworth Dictionary of Idioms. Ware: Wordsworth, 1995. ,2Ammer, Christine. American Heritage Dictionary of Idioms. Boston: Houghton Mifflin Harcourt, 2013. ,3Spears, Richard A. McGraw-Hill’s American Idioms Dictionary. Boston: McGraw Hill, 2008. 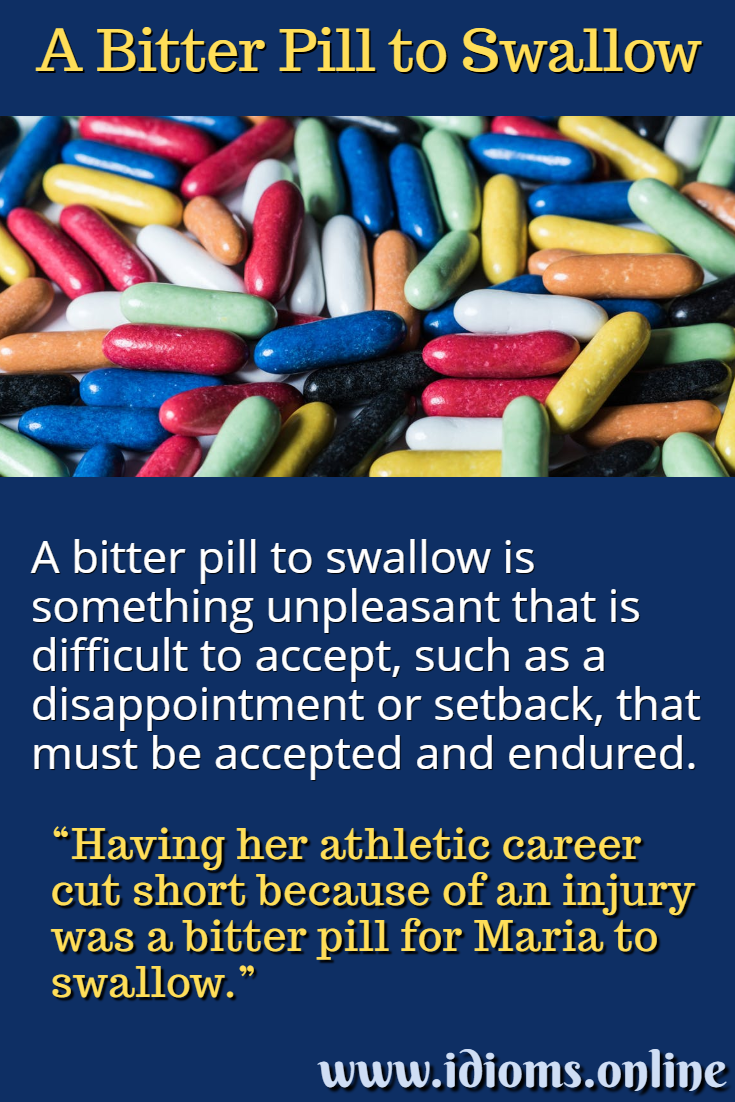 “Having his benefactor endorse his political enemy was a bitter pill for the mayor to swallow.”

“For the first time, the team made it all the way to the championship, so losing the final game was a bitter pill.”

“Having her athletic career cut short because of an injury was a bitter pill for Maria to swallow.”

Versions of this idiom have been used since the 1500’s. The expression may be based on the proverbial idea that bitter pills can have healthful effect. The modern idiom alludes, in a similar way, to bitter tasting medicines that must be endured, although it does not allude to any pleasant effects.