Meaning of Idiom ‘Break Up (with someone)’

Used as a noun, breakup refers to an act or instance of breaking up.

“How are things going with Richard?” asked Maury. “I think I’m going to break up with him,” said Andrea.

“I can’t believe Richard and Andrea broke up. They were together for years.”

“Ricard and Andrea’s breakup was a complete surprise. They seemed like the perfect couple.”

“Andrea said she broke up with Richard because he was emotionally unavailable.” 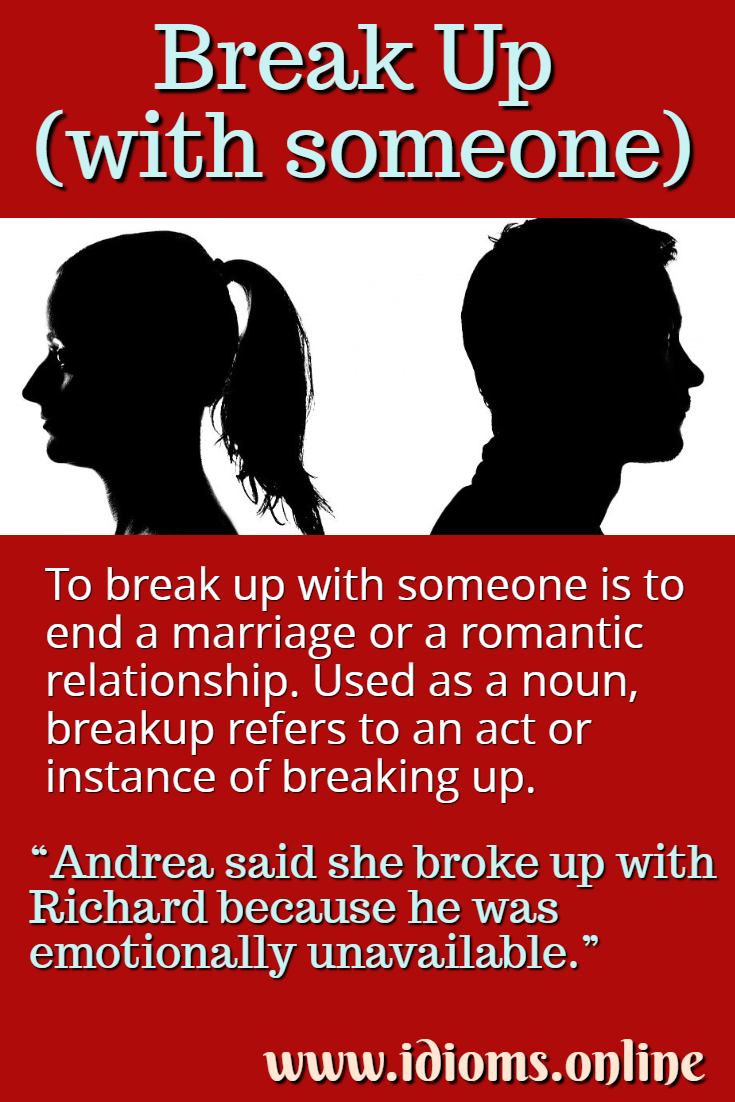 Although break up can have other idiomatic uses, it has been used in regards to romantic relationships since at least the 1920’s.

For example, in the story “Breaking Up,” by Louise Dutton, published in the Saturday Evening Post, 1921:

“She did not know how to begin. This was the day when she was to break up with Pig, but she had made no plan for it—just waited for it to come.”