Meaning of Idiom ‘(Open a) Can of Worms’

To open a can of worms means to do something that will uncover more problems and make things more complicated and unsolvable than they already were; to create an unpleasant or troubling situation. 1Ammer, Christine. American Heritage Dictionary of Idioms. Boston: Houghton Mifflin Harcourt, 2013.,2Heacock, Paul. Cambridge Dictionary of American Idioms. Cambridge: Cambridge UP, 2010.

This idiom is used in many different ways. Can of worms is used on its own to refer to many problems. As well, adjectives might be added such as a can of legal worms. Other words are sometimes substituted for can/ such as bucket or even barrel, without changing the meaning. Many variations are possible, such as “a whole new can of worms” to refer to a new set of problems.

“Refinishing the basement in my house opened up a can of worms. Now I have to hire a waterproofer and deal with mold!”

“I know Harry’s plan seems like a good idea but trust me, its a can of worms we don’t want to deal with right now.”

“David didn’t realize the can of worms he would open by returning home after so long.” 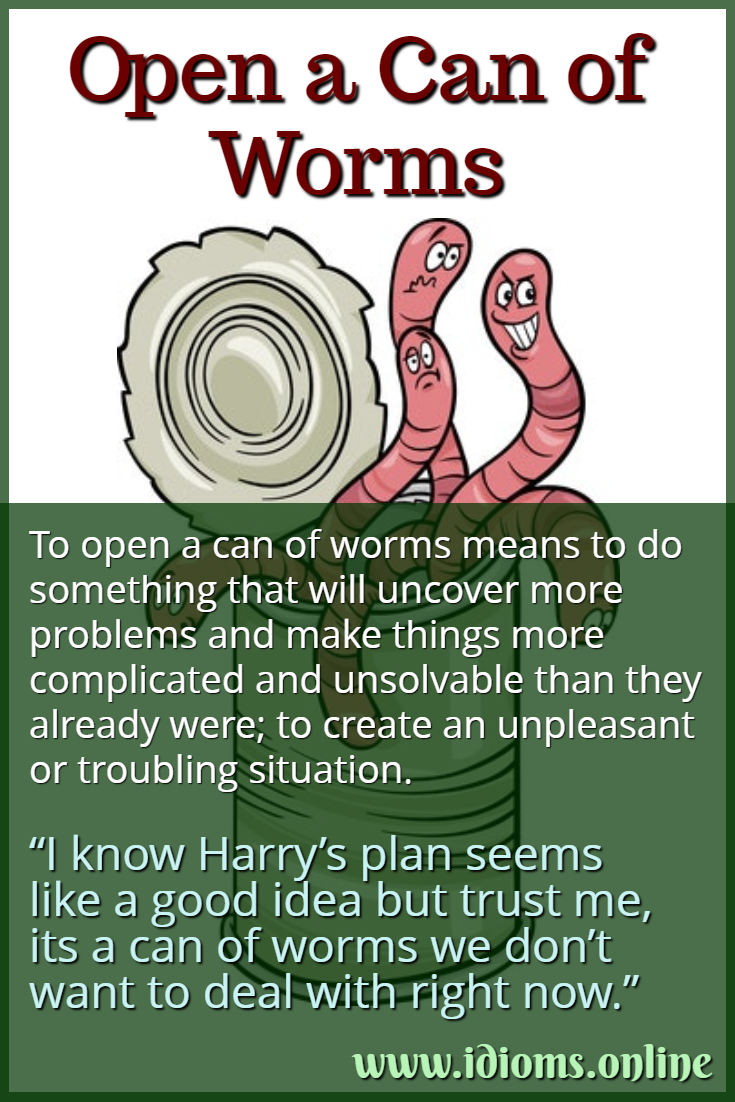 This idiom alludes to opening a can of worms used as bait for fishing, which tends to reveal a tangled knot of wriggly worms.