Meaning of Idiom ‘Gild the Lily’

This idiom is used in varying contexts such as to describe adding unnecessary adornment to oneself or one’s clothing; or to exaggerating one’s accomplishments; or to exaggerating a point or argument that is already well made, especially when such exaggeration is dishonest.

“Putting a garish paint job on such a beautiful car is gilding the lily, don’t you think?”

“For someone born into money, as was Mr. Washington, an Ivy League education was merely gilding the lily. A way to get ahead.”

“The inventor couldn’t resist gilding the lily and claimed that his machine would not only do the work of a man but could replace human beings altogether.” 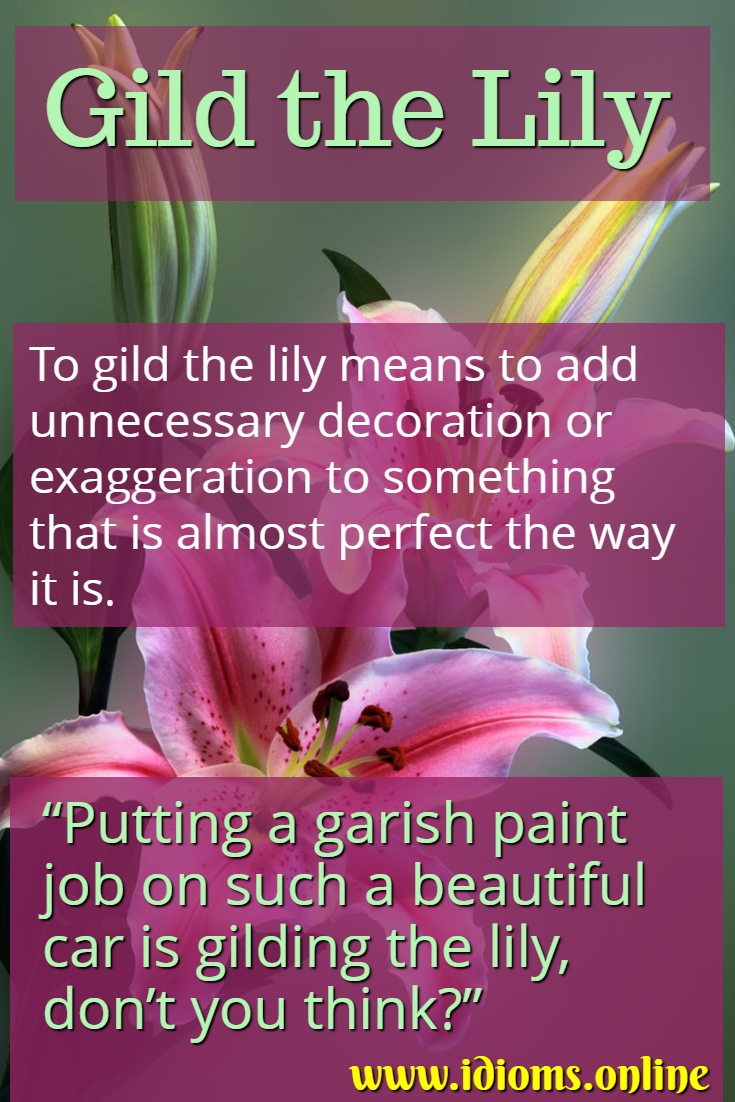 Gilding the lily is a shortened version of a phrase used in Shakespeare’s King John:

“To gild refined gold, to paint the lily… Is wasteful and ridiculous excess.”

To gild means to apply a thin layer of gold to wood, glass, or other material. To paint a lily, an already beautiful flower, would be silly. The idiom has combined the first part of Shakespeare’s line to the last part but the meaning is still exactly the same. To apply gold to a lily would be just as ridiculous as painting it.