Meaning of Idiom ‘The Gloves are Off’

When we say the gloves are off we mean that an argument or fight is about to get very serious and there will no longer be any hesitation or compromise.

“You should never have questioned my integrity. Now, the gloves are off.”

“At first, the argument over the neighbor’s fence was quite civilized, but, when one threatened to sue, the gloves came off.”

“I was willing to just divide everything in half for the divorce,” said Ella, “but, now he wants my dog too! As far as I’m concerned, the gloves are off.” 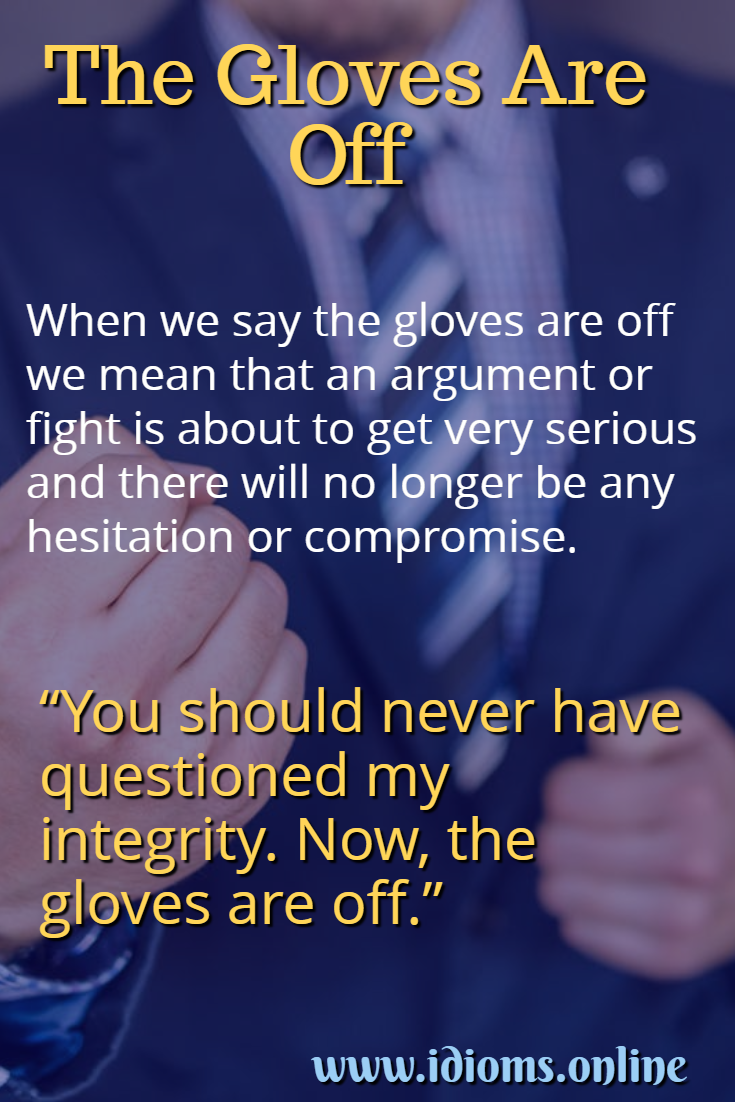 This idiom is often thought to be an allusion to boxing gloves and the fact that a boxing match without gloves, using bare fists, would be much more brutal and damaging to both fighters. Since gloves are used in boxing to limit the damage fighters do to each other, this seems to make sense.

However, there exists an earlier variant of the idiom, ‘to handle someone without gloves,’ which was used since the early 1800’s and was still in use during the early 1900’s. It shared much the same meaning. To handle a person without gloves was to deal with them in a rough and uncompromising way. Since boxing with gloves was uncommon until the late 1800’s it would appear that the idiom does not derive from boxing. It is most likely an allusion to men taking their gloves off to prepare for a serious and perhaps violent confrontation. (Source)

According to the Oxford Dictionary of English Idioms “the contrast implied in this phrase is with a gloved hand handling things gently or in a civilized way.”