This idiom is often followed by ‘when’ and is a response to something that happens. 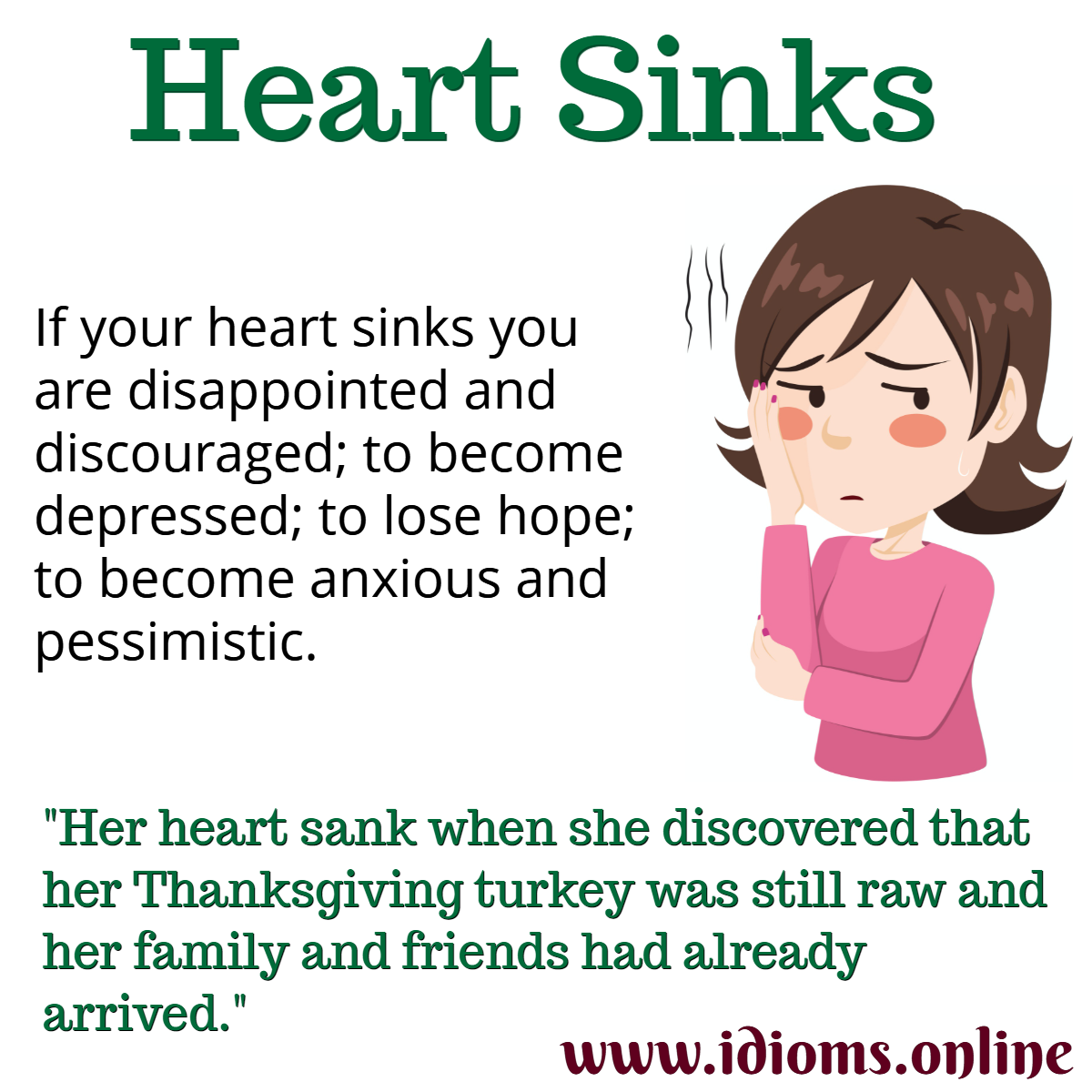 “My heart sank when I saw the report of yet another school shooting.”

“Her heart sank when she discovered that her Thanksgiving turkey was still raw and her family and friends had already arrived.”

“The team had looked forward to the big game for weeks so their hearts sank when they heard the sound of thunder.”

“I was so excited to find my old friend from the military though and internet search. Then, my heart sank when I found out he had passed away.’

“Her heart sank when she found out she had failed her final exam.”

Earlier variations preceded it such as ‘one’s heart is in one’s heals,’ ‘in one’s nose,’ and ‘in one’s shoes.’ 4Ammer, Christine. American Heritage Dictionary of Idioms. Boston: Houghton Mifflin Harcourt, 2013.