A rude awakening is the sudden awareness of something unpleasant after having mistakenly believed that everything was fine. 1Ayto, John. Oxford Dictionary of English Idioms. Oxford: Oxford U, 2010.

“Finding out that your high school glory doesn’t follow you into the adult world is a rude awakening for some people.”

“It was a rude awakening, after such a long marriage, to suddenly realize the relationship had been doomed for years.”

“If you think you’re going to live here the rest of your life rent-free, you’re in for a rude awakening.” 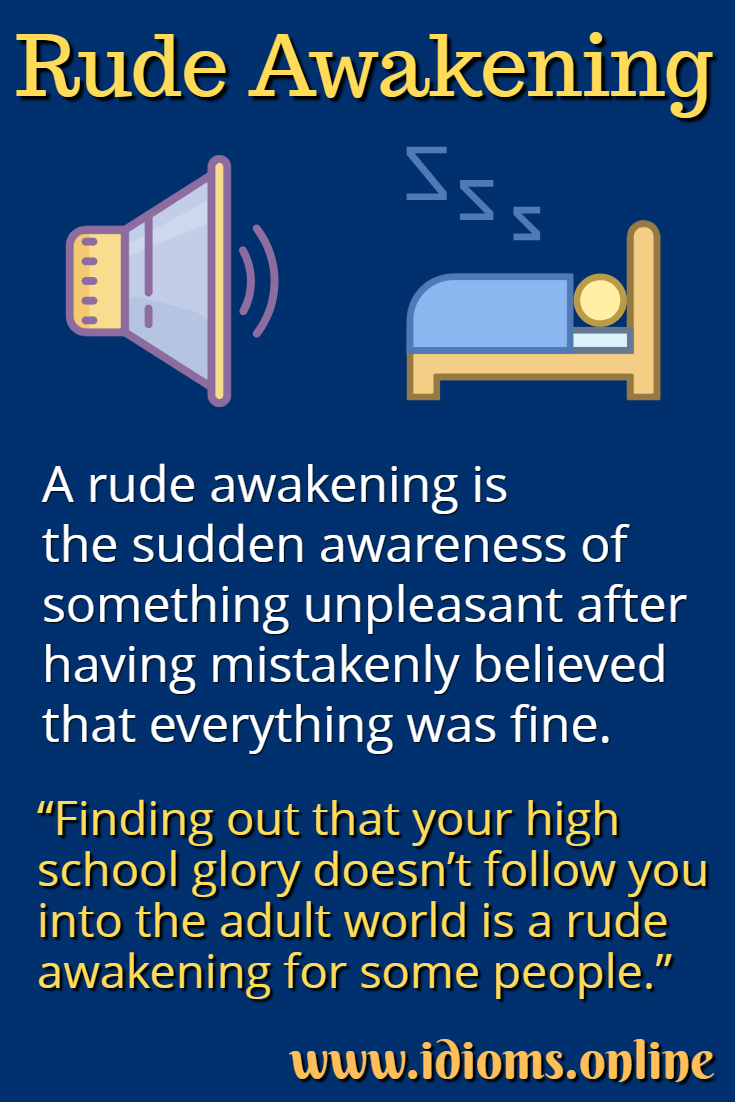 Used since the late 1800s, this idiom alludes to being suddenly forced awake from a slumber, as by a rough shaking or a violent noise or commotion.