Meaning of Idiom ‘A Sitting Duck’

A sitting duck is an easy target; someone who is easy to attack or criticize; someone in a very vulnerable position; someone easily caught or found. 1Ammer, Christine. American Heritage Dictionary of Idioms. Boston: Houghton Mifflin Harcourt, 2013.,2Spears, Richard A. McGraw-Hill’s American Idioms Dictionary. Boston: McGraw Hill, 2008.

“That’s really not a good place to leave your car. In that neighborhood, it’s a sitting duck for thieves.”

“If the mayor doesn’t get ahead of this scandal, he’s a sitting duck.” 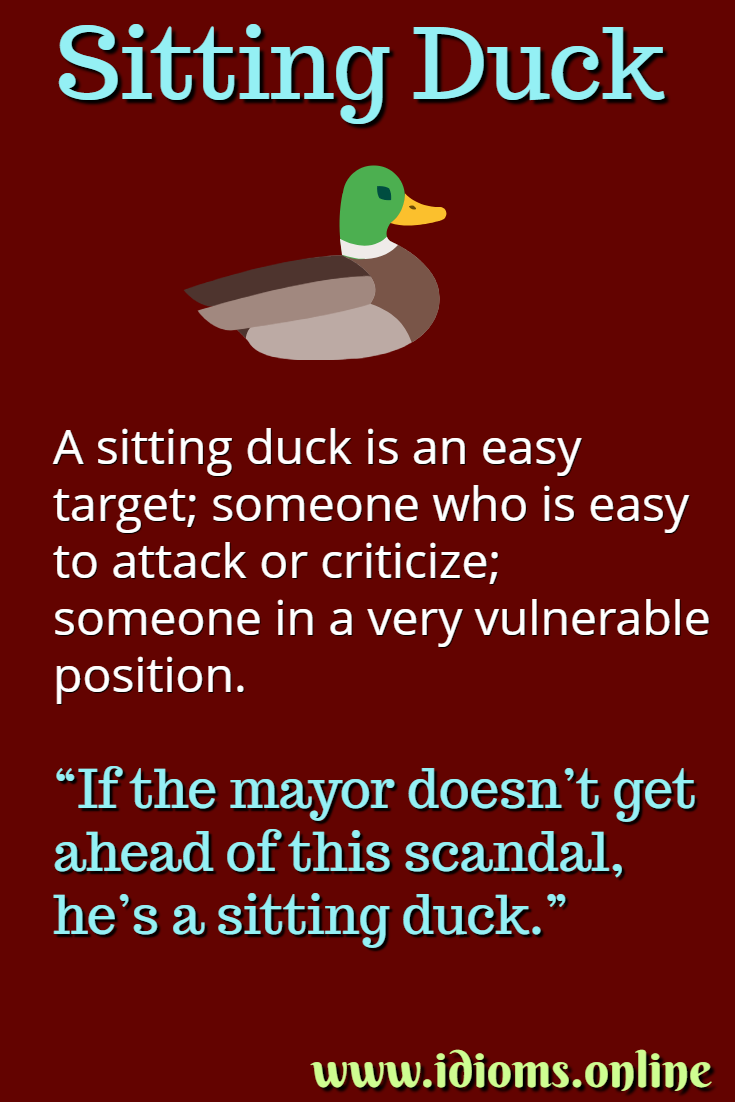 This idiom alludes to the relative ease of shooting a duck that is sitting in one spot, whether on the ground or in the water, as opposed to a duck that is in flight. 3Ammer, Christine. American Heritage Dictionary of Idioms. Boston: Houghton Mifflin Harcourt, 2013.