A smoking gun is something that is indisputable evidence of a crime or other wrongdoing. 1Ammer, Christine. American Heritage Dictionary of Idioms. Boston: Houghton Mifflin Harcourt, 2013.,2Ayto, John. Oxford Dictionary of English Idioms. Oxford: Oxford U, 2010.

“Although most people expect a smoking gun, most criminal cases are decided on circumstantial evidence.”

“The candidate has denied the allegations of an affair for the past year, but now we have a smoking gun in the form of photographs taken by a private detective.” 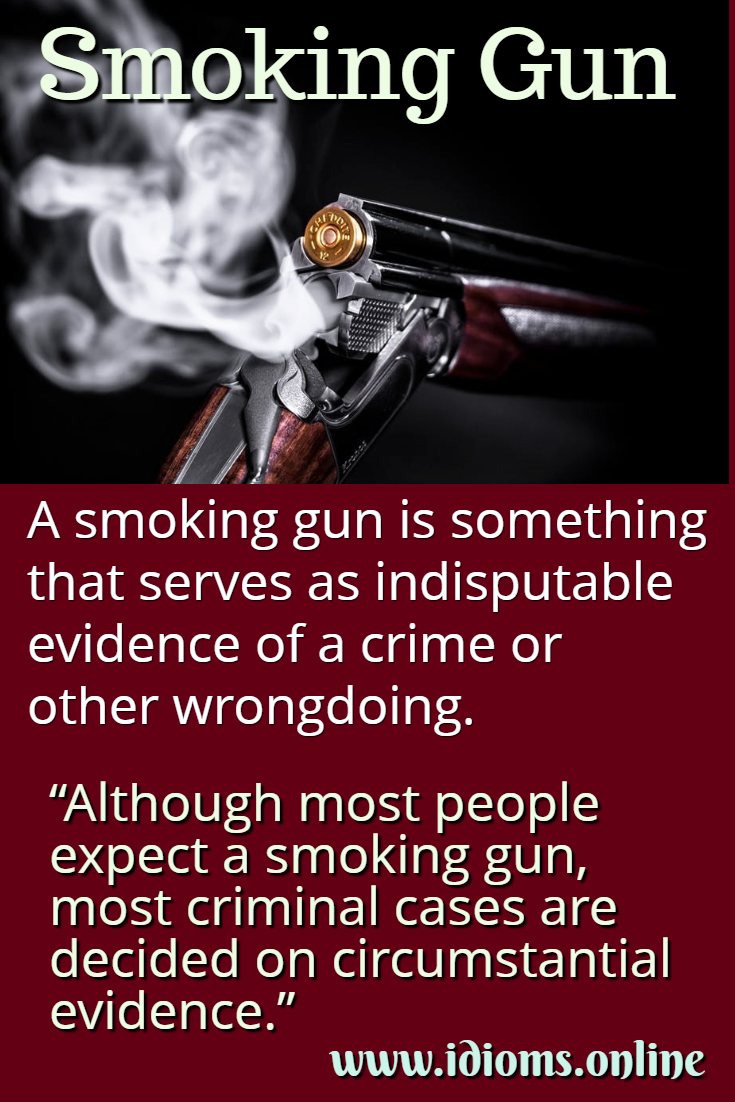 Before the invention of smokeless gunpowder, smoke emitting from a firearm made it obvious that it has recently been fired. Therefore, a person found with a smoking gun was presumed to be the guilty party in a shooting. This notion, a popular theme in detective fiction, has been used figuratively since the mid-1900s. It was heavily associated with the Watergate scandal of the Nixon presidential administration of the early 1970s. When one of the White House tapes revealed that Nixion had wished to obstruct the investigation, Barber B. Conable said famously, “I guess we have found the smoking pistol, haven’t we?” 3Ammer, Christine. American Heritage Dictionary of Idioms. Boston: Houghton Mifflin Harcourt, 2013.,4Ayto, John. Oxford Dictionary of English Idioms. Oxford: Oxford U, 2010.