A straw poll (or vote) is an unofficial poll or vote used to see how people feel about an issue, candidate, etc. This term was originally used to describe an informal and non-binding “vote” taken in a small organization or group, used to help predict what would happen in the official vote. This might be done with a simple “show of hands.”

Now, straw polls are used on much larger scales. The many public polls used to help predict the top-runners in a political race are essentially straw polls.

The first such political poll of the modern type was done by the Harrisburg Pennsylvanian newspaper in July 1824. The paper had representatives travel to Delaware to gauge voter opinions on the presidential candidates. (Source)

“There has been a suggestion to remove the vending machines from the office for health reasons. Let’s take a straw poll to see where we stand on this.”

“The representatives took a straw poll on their bill and quickly determined they has little support.” 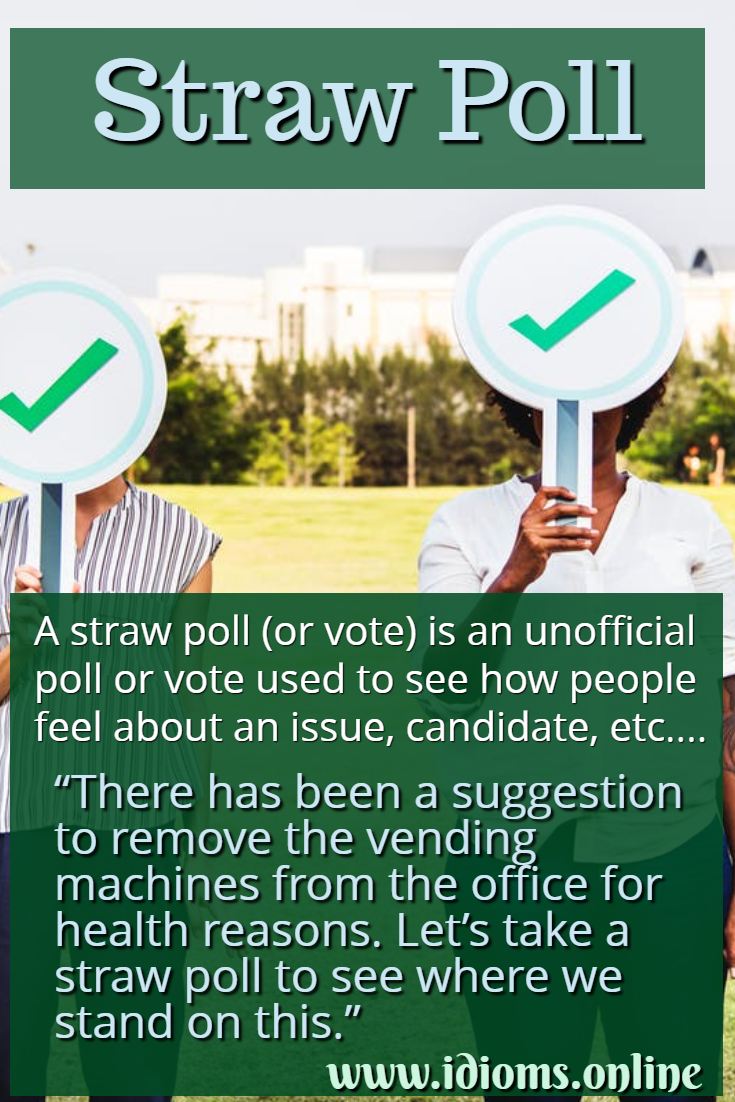 The idiom comes from the idea of using a straw to show what direction the wind is blowing. There may be origins John Selden’s Table Talk: “Though some make slight of Libels, yet you may see by them how the Wind sits: as take a Straw and throw it up into the Air, you shall see by that which way the Wind is, which you shall not do by casting up a Stone.”