Meaning of Idiom ‘Thick as Thieves’

When a group of two or more people are thick as thieves, they are very close friends who are loyal and do not keep secrets from one another; close allies. 1Ammer, Christine. American Heritage Dictionary of Idioms. Boston: Houghton Mifflin Harcourt, 2013.,2Ayto, John. Oxford Dictionary of English Idioms. Oxford: Oxford U, 2010.

When say two or more people are thick as thieves, we do not necessarily mean this in a negative way. This idiom can be neutral, positive, or negative.

“The two boys, having grown up together, were as thick as thieves, so it is no wonder they became partners in their own business.”

“Tom won’t go against Mike on this decision. They’re as thick as thieves.” 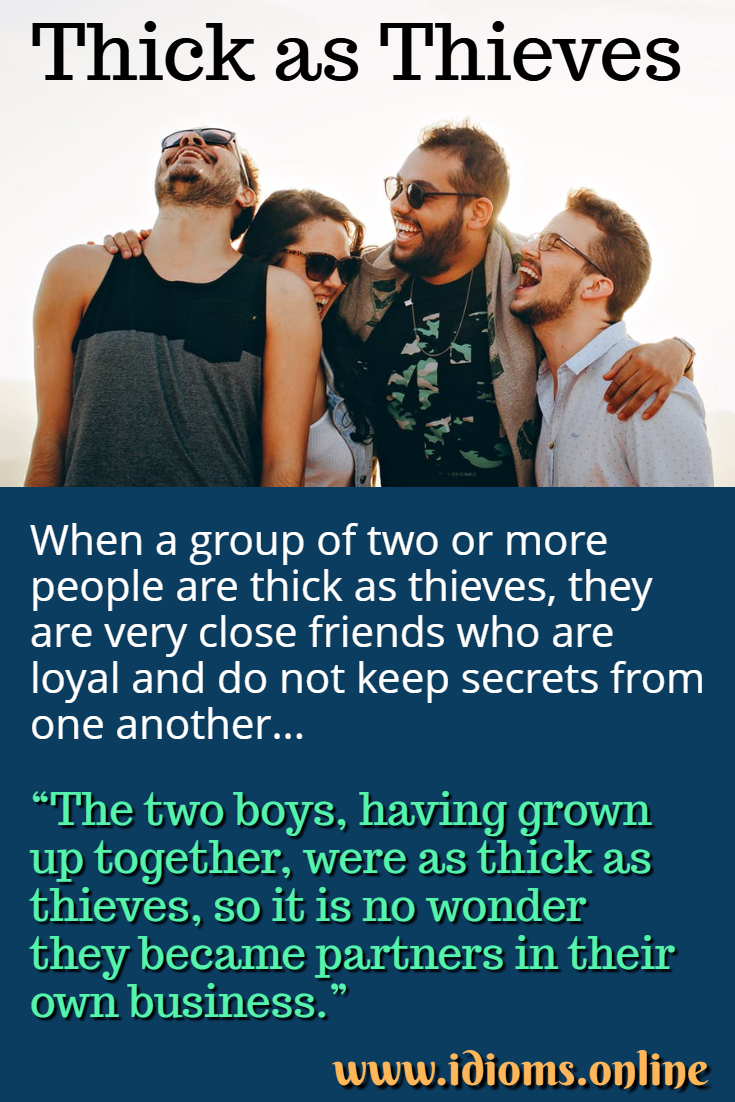 Here, the word thick has the archaic meaning of “intimate.” Thieves, of necessity, have always been seen as being very close and loyal to one another, as they must be able to trust one another when planning crimes and divulging secrets. This led to the related proverbial expression “honor among thieves.” However, the idiom has nothing to do with committing crimes. It uses the reputation of the closeness of thieves as an allusion to closeness in general.