Also: Frightened of one’s own shadow

Meaning of Idiom ‘Afraid of One’s Own Shadow’

“Vick was always so carefree but since he was mugged he’s been afraid of his own shadow.”

“I don’t know how Maurice can be a security guard. The guy’s afraid of his own shadow!” 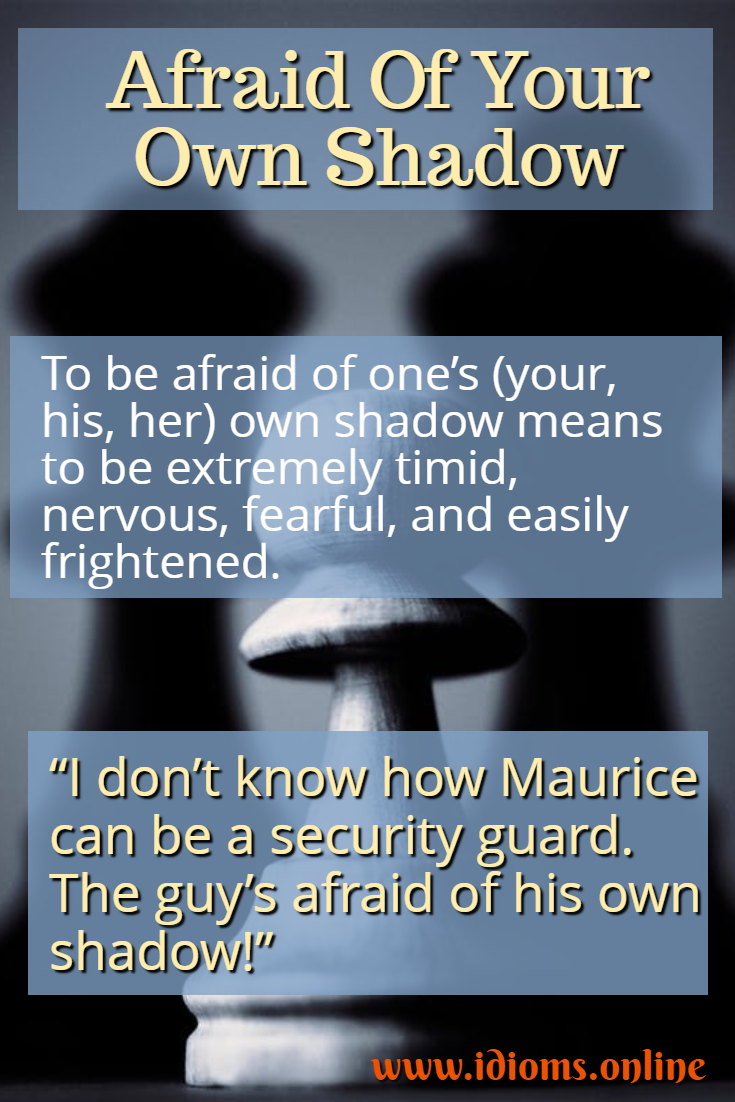 An exaggeration, this idiom has been used since the early 1500’s, and may originally be of Greek origin. 4 Ammer, Christine. American Heritage Dictionary of Idioms. Boston: Houghton Mifflin Harcourt, 2013.

It is found in a fragment of a play from the Greek playwright Aristophanes, who worked from 427 to 397 BCE. 5Aristophanes. Aristophanes. Translated by Jeffrey Henderson, Harvard University Press, 2007.