A backhanded (or left-handed) compliment is an ambiguous statement that seems to be or is intended to be a compliment but is actually critical and could be seen as an insult; an insult disguised as praise.

When someone pays you a backhanded compliment, they are actually being condescending.

“Whenever I put on a suit and tie people tell me I clean up well. I can’t help but take that as a backhanded compliment!”

“Trent, at work, told me he was impressed with how I have the boss in the palm of my hand. It’s a backhanded compliment. He’s calling me a brown-noser!”

“Men often pay women backhanded compliments such as “it’s great that you don’t worry about how you look.” 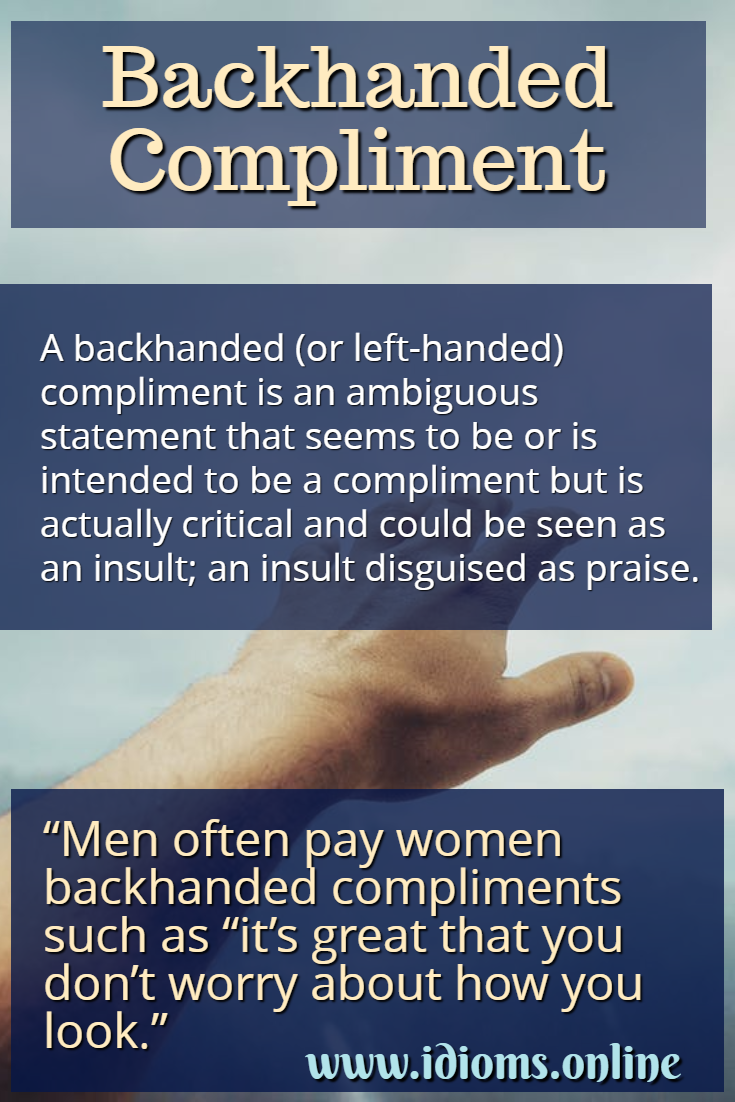 Since at least the late 1800’s, the term ‘backhanded’ has been used figuratively to mean “oblique in meaning; indirect, devious, equivocal, ambiguous, or sarcastic.

The variant left-handed compliment comes from the use, dating from around 1600 of the word left-handed to mean “questionable” or “doubtful.” (American Heritage Dictionary of Idioms). This use, in turn, derived from the left long being associated with wrongness or evil. The word sinister was the Latin word left or “on the left side” which became through Old French, our modern word sinister.