A basket case is a person who is so nervous or anxious they are completely incapacitated and so are considered nonfunctioning; someone unable to cope with a situation; someone or something unable to function.

Many sources indicate that the idiom also applies to someone who is sick or incapacitated in any way, but the idiom is not often if at all, used this way today. As well, the idiom is often used in an exaggerated and humorous way.

“OK, I’ll go on the hike with you but I’m warning you if you get me near heights I’m a basket case.”

“Sidney is usually so stoic but when he found out his parents were in an accident he lost it. Even after he knew they were fine he was still a basket case!” 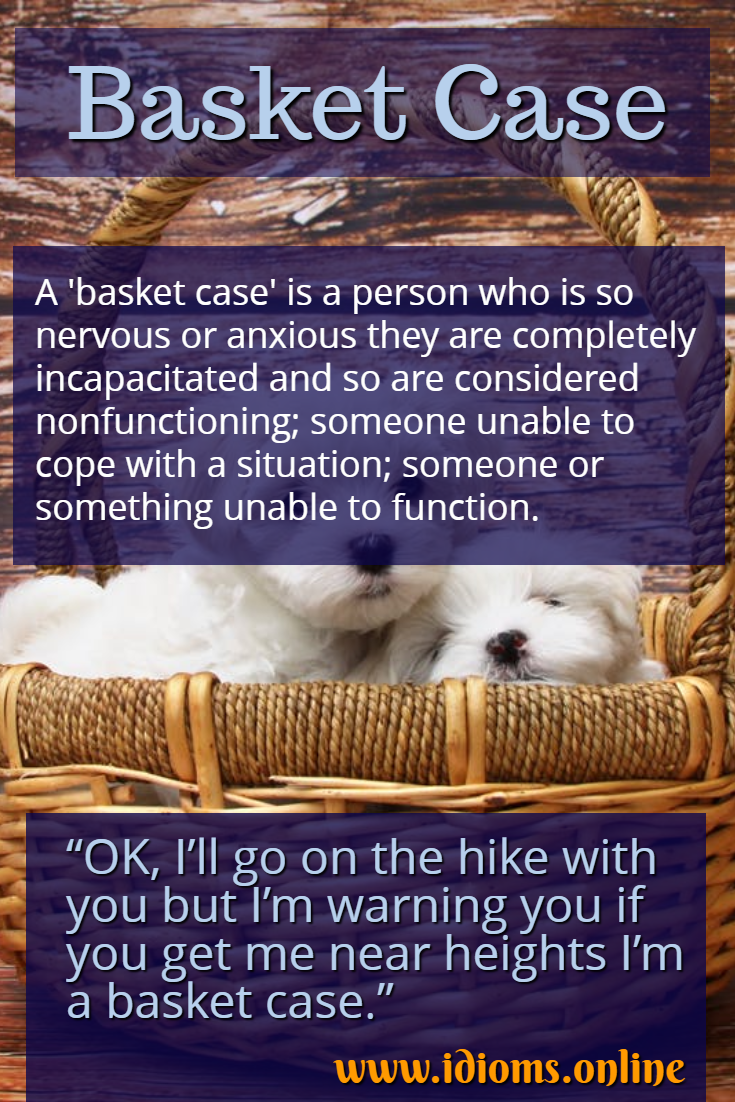 During the early 1900’s, basket case was American slang for a soldier who has lost all four of his limbs, and so had to be carried around in a litter basket. Used figuratively since at least the mid-1900’s.