Meaning of Idiom ‘Bet the Farm’

To bet the farm means to risk everything one owns on something one is certain of, such as an idea, investment, business venture or bet. 1Heacock, Paul.  Cambridge Dictionary of American Idioms]. Cambridge: Cambridge UP, 2010. ,2Ayto, John. Oxford Dictionary of English Idioms. Oxford: Oxford U, 2010.

The variation ‘to sell the farm’ means to liquidate all of one’s assets in order to invest in something. 3Spears, Richard A. McGraw-Hill’s American Idioms Dictionary. Boston: McGraw Hill, 2008.

This idiom is often used in a negative sense, as in the phrase “I wouldn’t bet the farm on it (or something)” When used in this way the idiom is often entirely figurative, meaning that something is very doubtful or unlikely to be true.

“Do you think they’ll give us Christmas Eve off from work?” asked Heather. “I wouldn’t bet the farm on it,” replied Jennifer.

“Don’t bet the farm on it but there’s a chance we might close the store this Christmas Eve.”

“What do you think about Tim’s new business idea?” asked Devin. “I wouldn’t sell the farm just yet,” replied Parker.

“I have no choice but to keep trying. I bet the whole farm on this idea.” 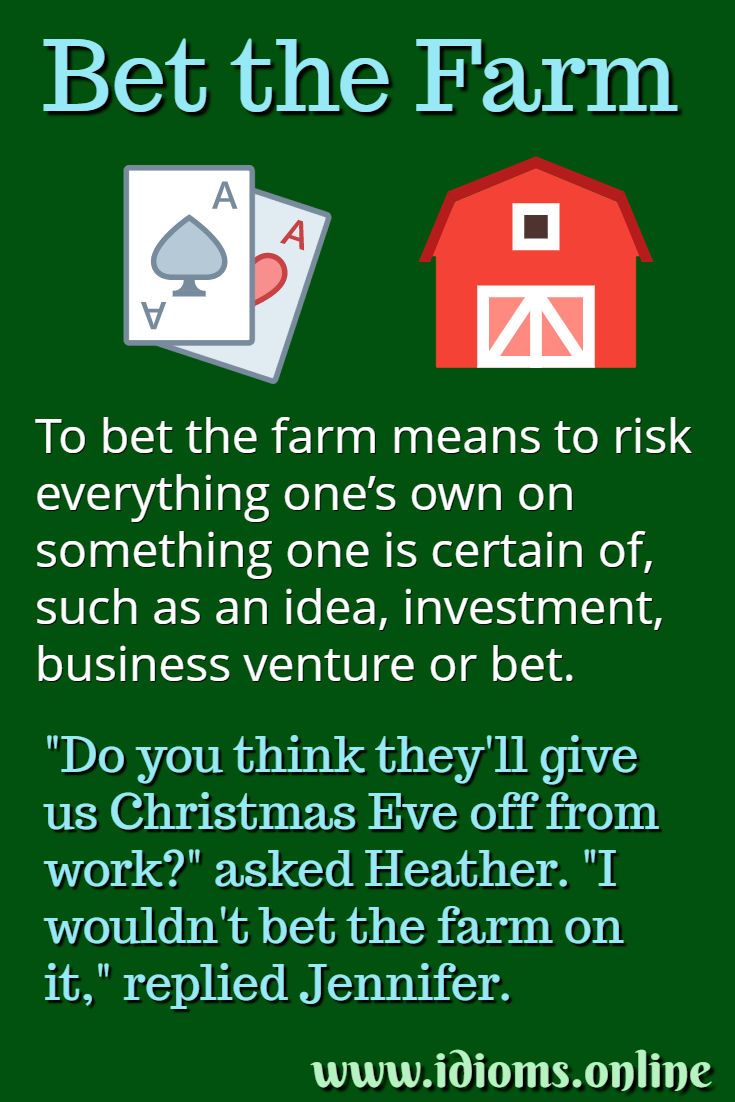 This idiom alludes to using the family farm to cover a gambling bet. It has been used since at least the early 1900s.