Meaning of Idiom Break the Ice

To break the ice means to do something to initiate conversation or get something started in a very tense or formal situation; to overcome the initial shyness or relieve tension in a new social situation such as when people first meet; to make it possible, or pave the way, for something to happen by one’s actions.

“The party was a little slow at first but Bobby broke the ice by offering everyone wine and beer.”

“Both men were hesitant to make an offer but someone had to break the ice and throw out a number.”

“Rosa Parks knew someone had to break the ice and be the first to refuse to sit at the back of the bus.” 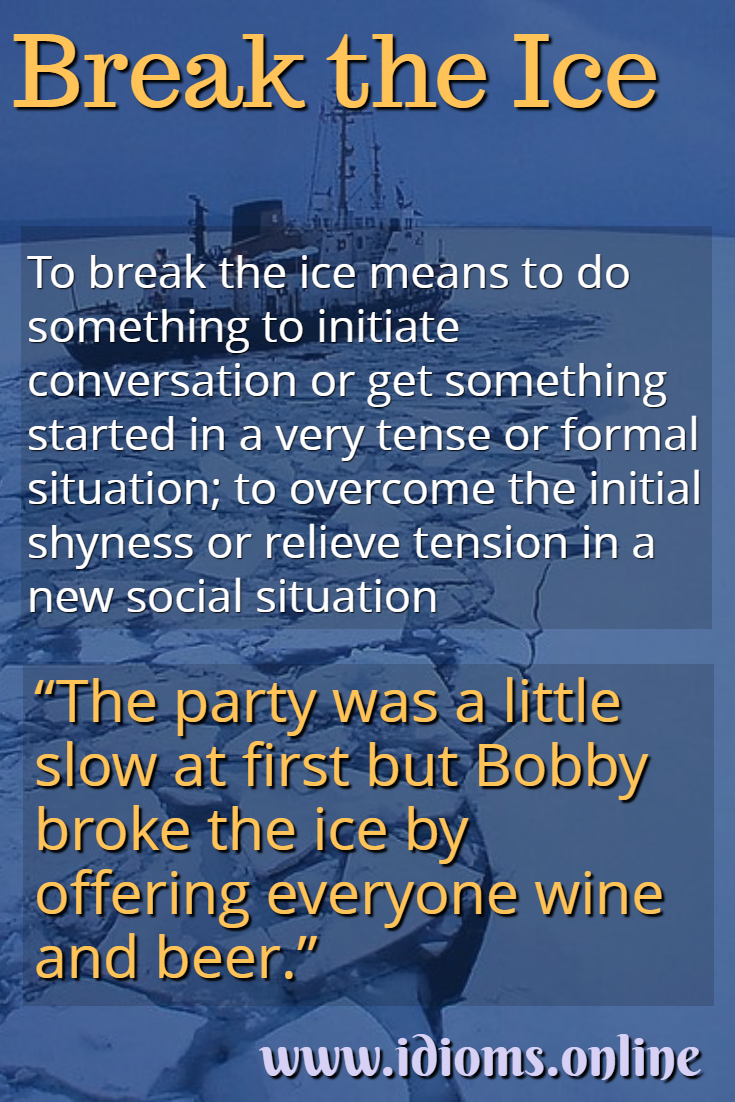 This idiom alludes to breaking the ice in a channel so a ship can pass through.