Also: Call it a night

Meaning of Idiom ‘Call it a Day’

To call it a day means to decide to stop working on something; to end the day’s work and go home; to end something.

Whenever the expression is used, however, it suggests that work is not stopping because a predetermined time has been reached, but because one (or a group) feels that an obvious stopping point has been reached or enough has been accomplished for “one day.”

When the variant call it a night is used, it is just a likely to refer to ending a leisure activity as to work. For instance, at a party, you might say to your friend “I have to get up early tomorrow. I’m going to call it a night. 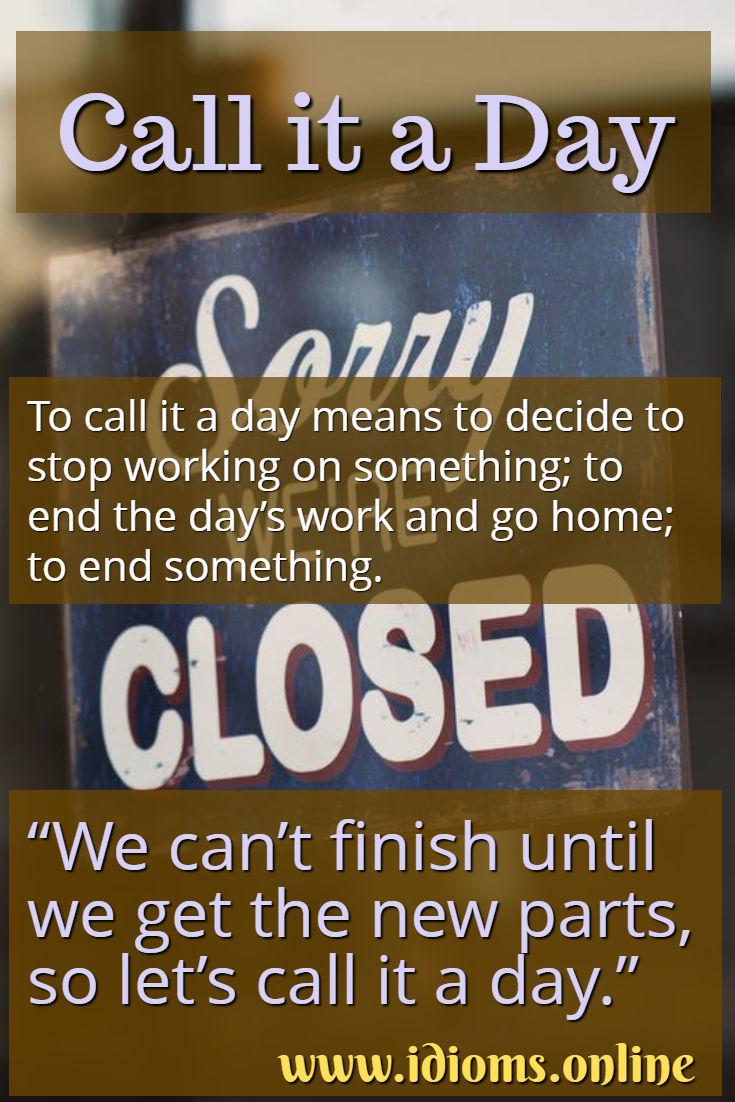 “We can’t finish until we get the new parts, so let’s call it a day.”

“I studied for seven hours straight before the test. I finally called it a day at 2 A.M.”

The expression alludes to reaching the end of a working day having done a full day’s work. According to the Oxford Dictionary of English Idioms, the idiom began in the mid-19th century as “call it half a day.”