Meaning of Idiom ‘Catch Some Rays’

To catch some rays means to go outside in the sun for some period of time, usually to sunbathe, or lay outside under the sun for the purposes of getting a suntan. 1Ammer, Christine. American Heritage Dictionary of Idioms. Boston: Houghton Mifflin Harcourt, 2013.,2McIntosh, Colin. Cambridge Advanced Learner’s Dictionary. Cambridge University Press, 2013.

This idiom is often used as an expression of intentions such as “I’m going to catch some rays.” While it often refers specifically to sunbathing, it may also just refer to being outside on a sunny day, such as during a walk. It tends to have the connotation of being an activity of short duration.

“I’m going to skip lunch today,” said John. “I think I’ll just take a walk to catch some rays and stretch my legs.”

“Summer will be over soon so I think I’ll go to the beach and catch some rays this weekend.”

“I really need a tan. I’m going to go catch a few rays in the backyard.” 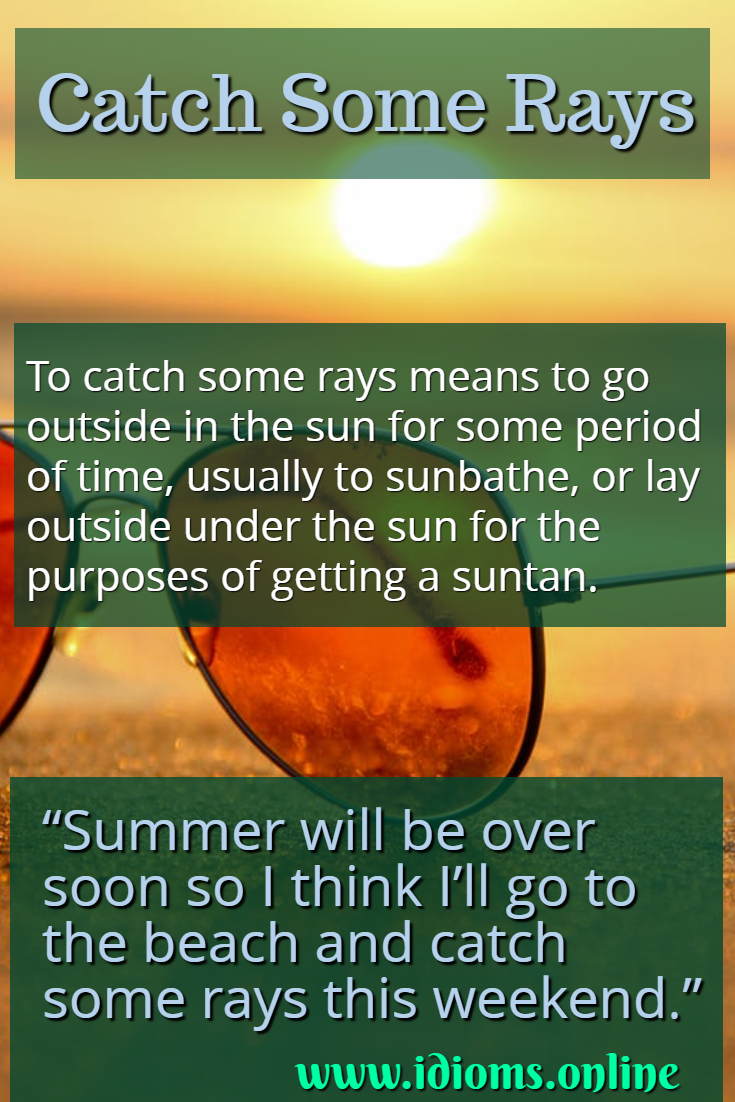 This idiom began as a slang expression during the second half of the 1900s. The word catch is used in the sense of “become affected by or to be subjected to.” The rays being caught are the light rays of the sun.