When someone crosses your path or you cross paths with someone, then meeting them was not expected but was by chance, as on the street, in a restaurant, show or other random location.

“I met this girl today but I didn’t get her name and I know nothing about her. I’m going to go to the same coffee house again tomorrow hoping I cross paths with her again.”

“I crossed paths with Steven today. He’s still reeling from the divorce but he says he’s getting his life back together.”

“You better hope we don’t cross paths again,” said Randall. “Well that is fine by me,” said Thomas. 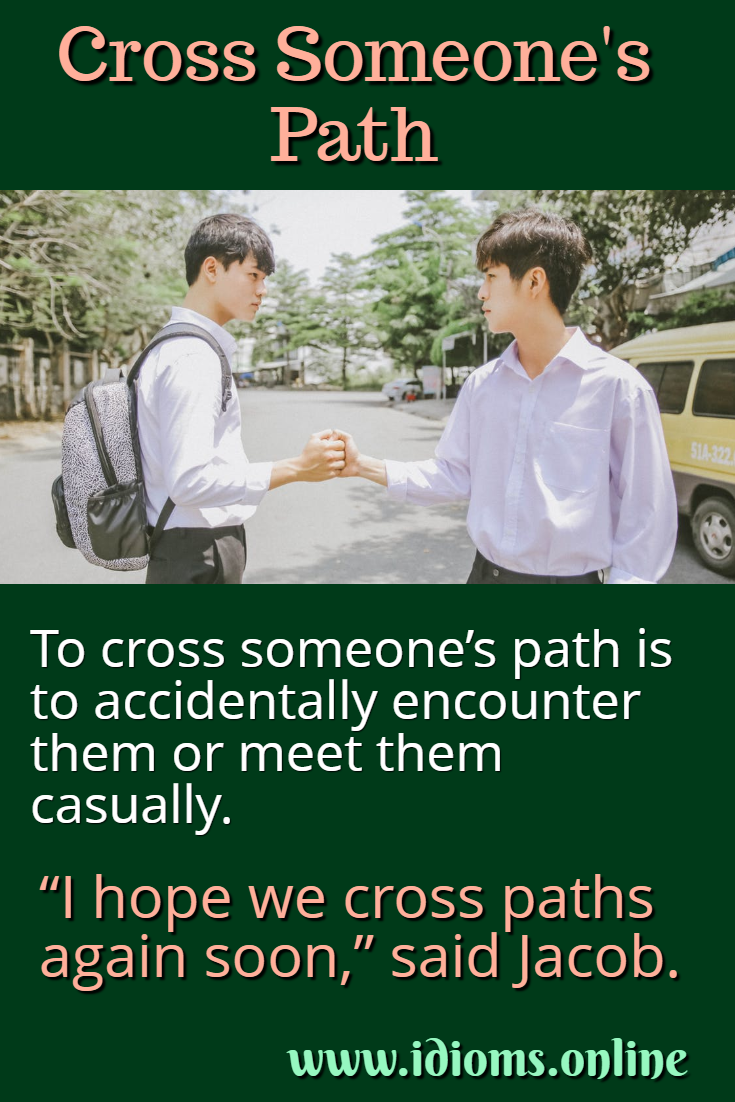 This expression orignally held the connotation of obstructing or thwarting a person in some way, but today it doesn’t necessarily hold this meaning. 3Ammer, Christine. American Heritage Dictionary of Idioms. Boston: Houghton Mifflin Harcourt, 2013.