Meaning of Idiom ‘Cut From the Same Cloth’

Also possible is ‘cut from a different cloth’ to mean very different. 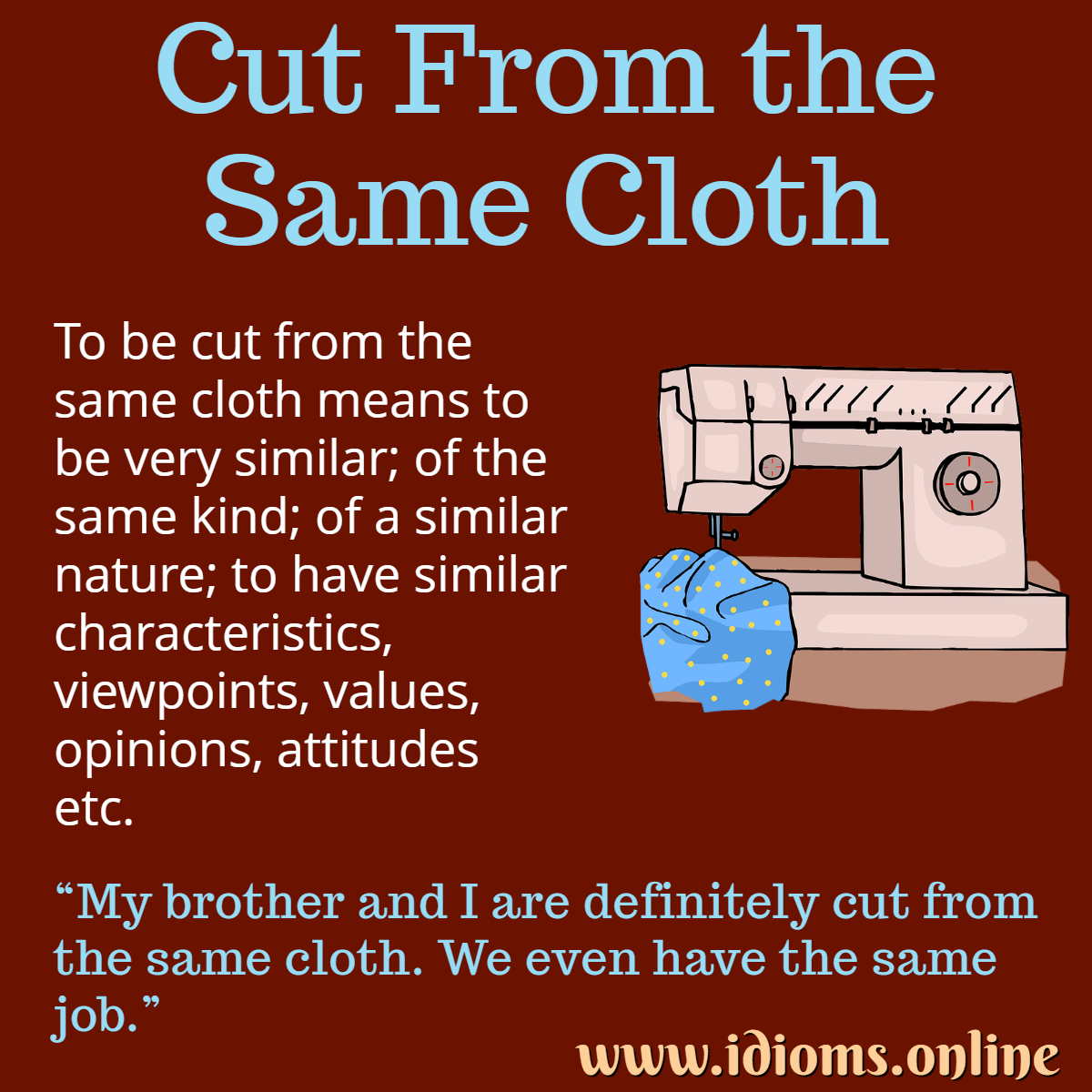 “My brother and I are definitely cut from the same cloth. We even have the same job.”

“As a musician, he’s cut from the same cloth as his musical heroes.”

“I don’t know why you would trust Peter. He’s cut from the same cloth as his father. They both lie and steal to get by.”

“Don’t assume I’m racist just because I come from the deep south. We’re not all cut from the same cloth, you know.”

“He’s a typical modern teenager. Cut from the same cloth as all the other kids who want to accomplish big things with little to no effort.”

Used since the 1900s, this idiom alludes to two pieces of clothing being cut, and thus made, from the same piece of cloth, thus being very similar in nature.