A dark horse is a person, in regards to a certain field, sport, political race etc., whose experience and abilities are unknown but who could unexpectedly win or achieve success over others; an unknown and unexpected winner of a race or other contest.

“Having never won a race, she was a dark horse to win the Gold Medal in the 100 meters.”

“This year’s dark horse in the state Senate race is Roger Elliot, a former school teacher who has never held public office.” 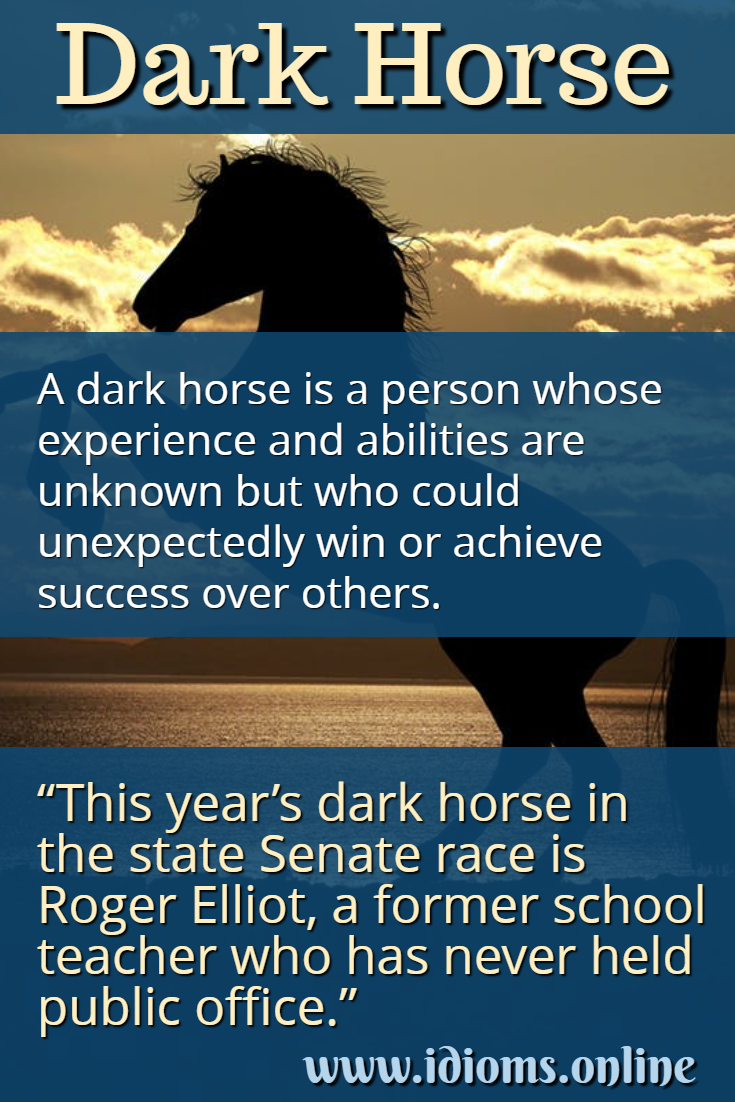 In horse racing during the 1800’s, the term dark horse originally meant a horse entered into a race about which little was known and was not expected to win. Such a horse was difficult to handicap.

There is a colorful story about the origin of the term, in which a horse trader with a winning racehorse secretly disguised the horse as an ordinary workhorse, resulting in long odds and big betting wins when the horse would unexpectedly win the race. It is also claimed that owners would dye their horses a dark color in order to hide their identity.

The first known use of the term in this context was in Benjamin Disraeli’s novel The Young Duke, from 1831:

“A dark horse which had never been thought of, and which the careless St. James had never even observed in the list, rushed past the grandstand in sweeping triumph.”

The term soon began to be applied to unknown political candidates such as James K. Polk, a surprise Democratic nominee from Tenessee who unexpectedly won the 1844 Presidential election.