Meaning of Idiom ‘Easy as Pie’

When something is easy as pie, it is very easy to do, presenting no difficulty. 1Ammer, Christine. American Heritage Dictionary of Idioms. Boston: Houghton Mifflin Harcourt, 2013.,2Ayto, John. Oxford Dictionary of English Idioms. Oxford: Oxford U, 2010.

“That math test today was easy as pie.”

“Compared to my old phone, this new one is as easy as pie to use.”

“I don’t think I’m going to be able to learn this program,” said Ed. “I’m telling you, it’s easy as pie,” said Patricia. 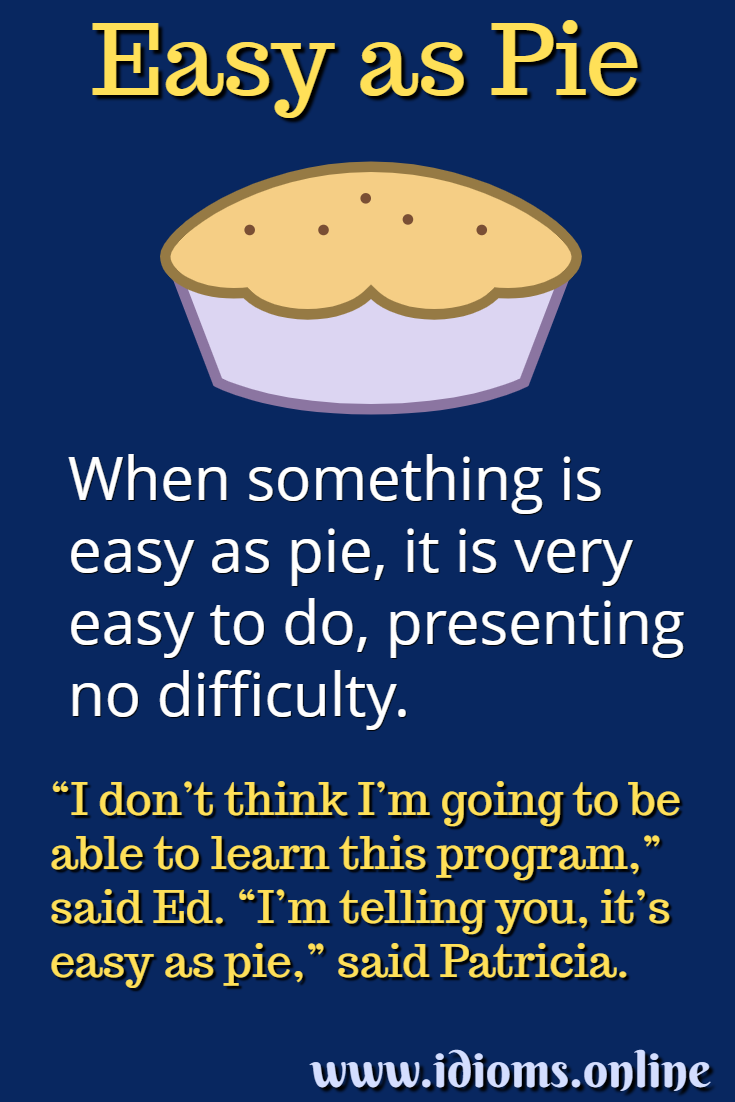 This idiom probably has a similar origin as idioms such as nice as pie, and pie in the sky, since pie has been used since the late 19th century as a metaphor for something nice. Pie is difficult to make, but it is certainly easy to eat. 3Ayto, John. Oxford Dictionary of English Idioms. Oxford: Oxford U, 2010.