A five-finger discount refers to an act of shoplifting or stealing from a retail shop. 1Ayto, John. Oxford Dictionary of English Idioms. Oxford: Oxford U, 2010.,2Pare, May. Body Idioms and More: For Learners of English. United States?: Mayuree Pare, 2005.

Five-finger discount is usually reserved for acts of shoplifting but it can be applied generally to any theft.

“How did you get that necklace?” asked Alice. “I used my five-finger discount,” said Cody.

“Why would a famous actress need to use a five-finger discount?” asked Fred. “It’s not about the money,” said Natalie. “It’s a compulsion.”

“I always get a discount when I shop, said Gordon. “A five-finger discount, that is!” 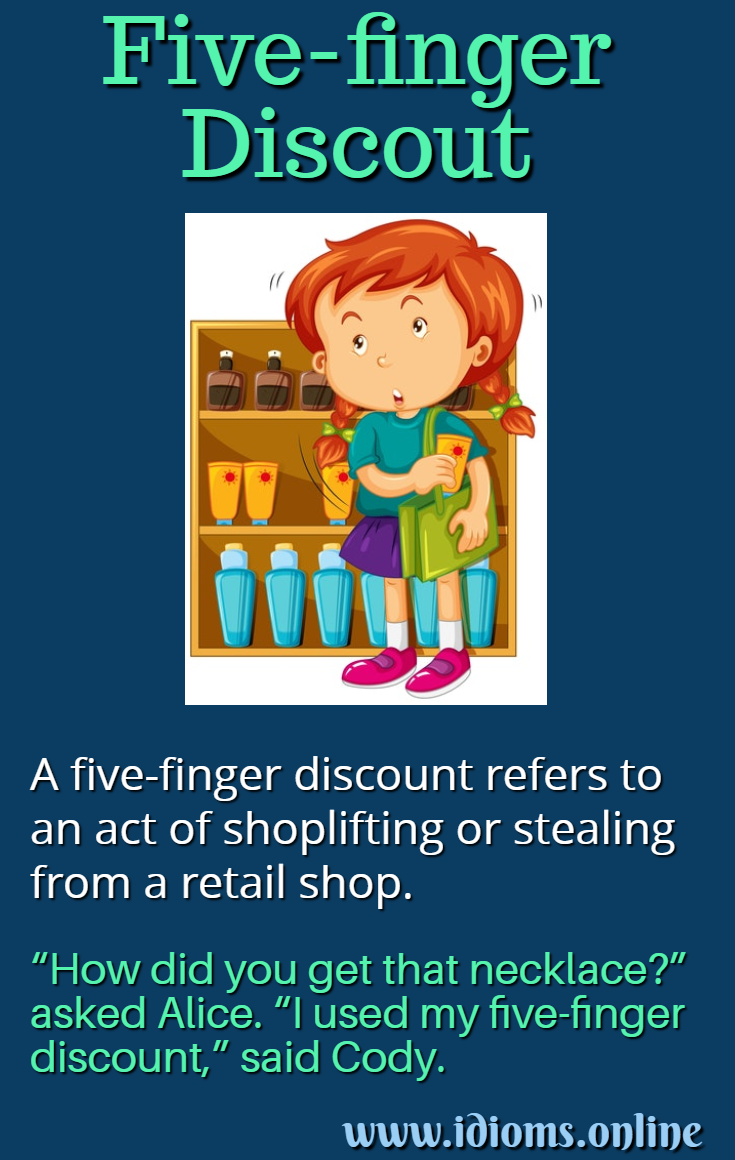 This idiom has been used since at least the later 1960s but became popular during the 1970s and ’80s, especially in metropolitan areas. A discount refers to some amount being deducted from the price of something. A five-finger discount alludes to using ones “five fingers” or hand to steal something and thus get it for free, a one-hundred percent discount.