Also: The game is up.

Meaning of Idiom ‘The Jig is Up’

The jig is up is used to mean that the deception or scheme has been exposed and is over. It is an often tongue-n-cheek way of saying “it’s over; I’m caught.”

“Since the jig is up, I may as well tell you, I didn’t steal two million dollars. I stole five million.”

“She had a good run siphoning money from the foundation into her own accounts but, as soon as the outside accountant was called in, the jig was up.”

“‘The jig is up,” said Creole Jack, helplessly. “I say, why didn’t you pinch Hill? He’s the ringleader.'” — The Bradys Down South or, The Great Plantation Mystery (1899) 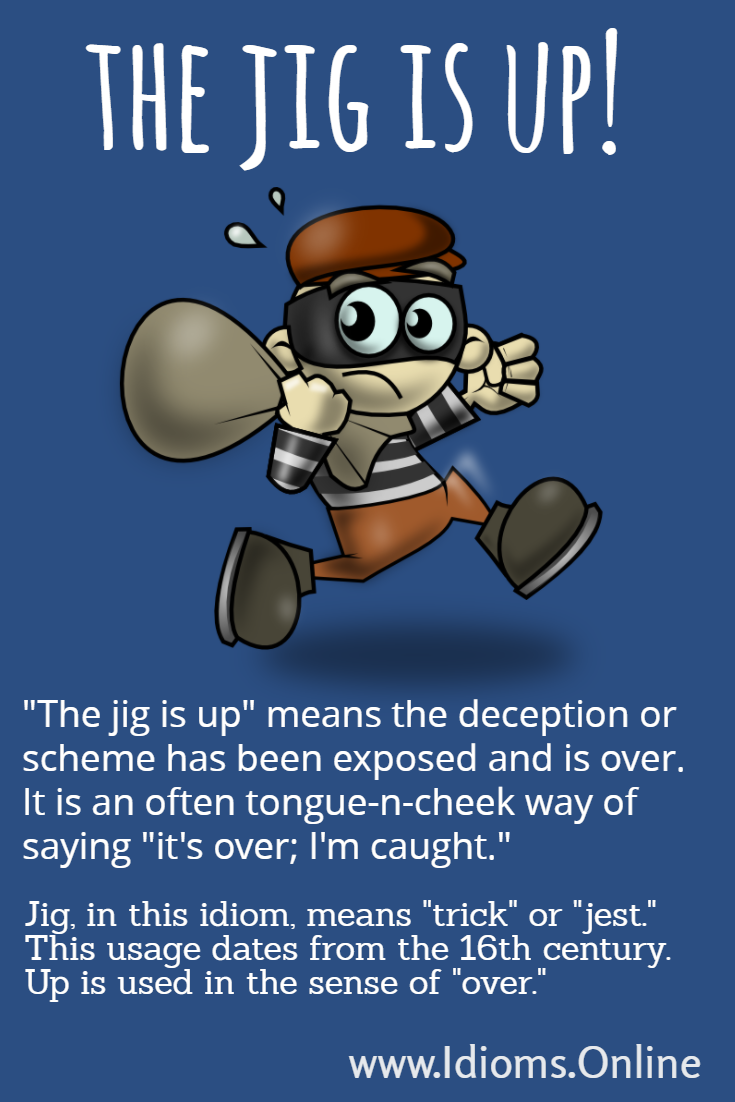 Jig in this idiom means “trick” or “jest.” This usage dates from the 16th century. Up is used in the sense of “over.”

The American Heritage Dictionary of Idioms indicates that the game is up was the earliest version of this idiom, dating from the mid-1800’s, and that the jig version was a later variant. While “the game is up” may be slightly older, both versions were in use by the mid-1800’s and were listed in such publications as Bartlett’s Dictionary of Americanisms by John Russel Bartlett (1859), who cited a source from 1846. In fact, “the jig is over” dates from at least the mid to late 1700’s, and it is the “up” version of both variants that came later.