Meaning of Idiom ‘Made of Money’

This idiom can be used in the negative, as in the expression “I’m not made of money.”

“I feel bad asking Mr. Brown for a loan,” said Marge. “He such a sweet man and I don’t want to take advantage of him.” “The guy is made of money,” said Mick. “Trust me, it’s no big deal.”

“Armisten is made of money. He could buy this election and brags about it. And yet he took in more donations than any other candidate.”

“No, we can’t buy you your own car. Do you think we’re made of money?”

“You have to stop going over the data limit on your phone, said Susan’s mom. “You act like we’re made of money.” 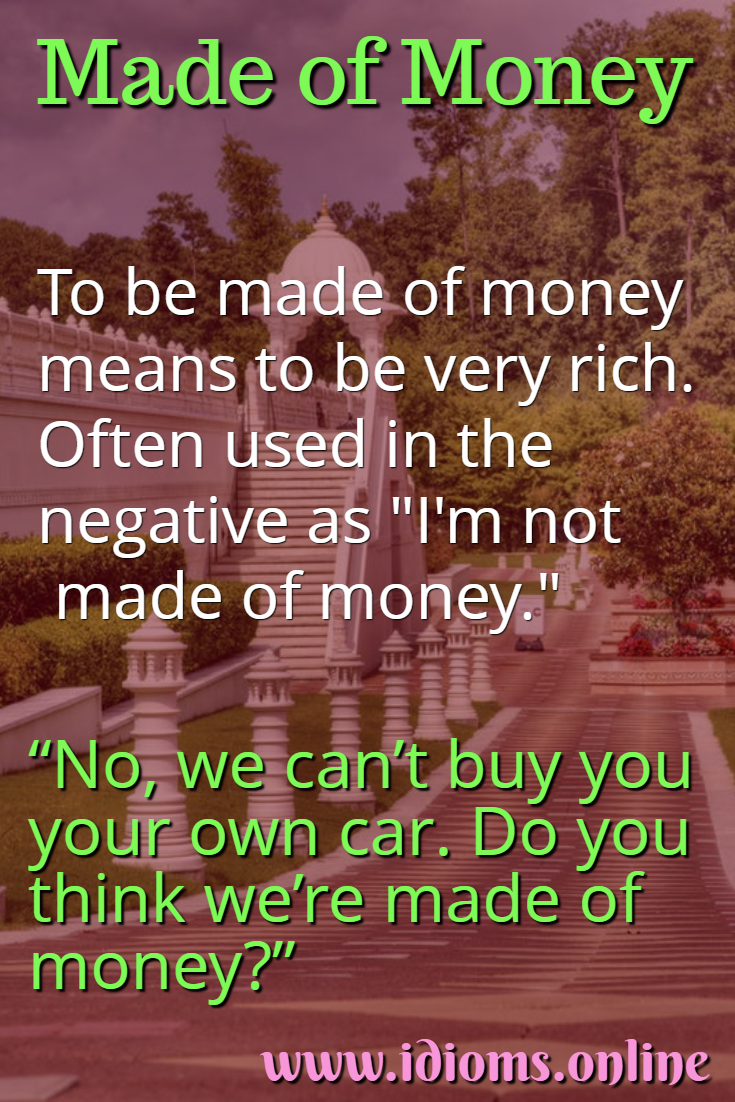