Murphy’s law is a humorous fictional “rule” that says anything that can go wrong will go wrong. In other words, if there is any possibility of something bad happening, it will. 1Ayto, John. Oxford Dictionary of English Idioms. Oxford: Oxford U, 2010.,2McCarthy, Michael. Cambridge International Dictionary of Idioms. Cambridge University Press, 2002,3Ammer, Christine. American Heritage Dictionary of Idioms. Boston: Houghton Mifflin Harcourt, 2013.

There can be other, more specific meanings for the idiom Murphy’s law such as nothing is ever as easy as it looks or everything always takes a lot longer than you think. However, all of these can be generalized to mean “if something can go wrong it will go wrong.”

“I was almost out of gas and, of course, there was no gas station for miles—Murphy’s law.”

“I know you think we’ll meet the deadline but don’t forget Murphy’s law.” 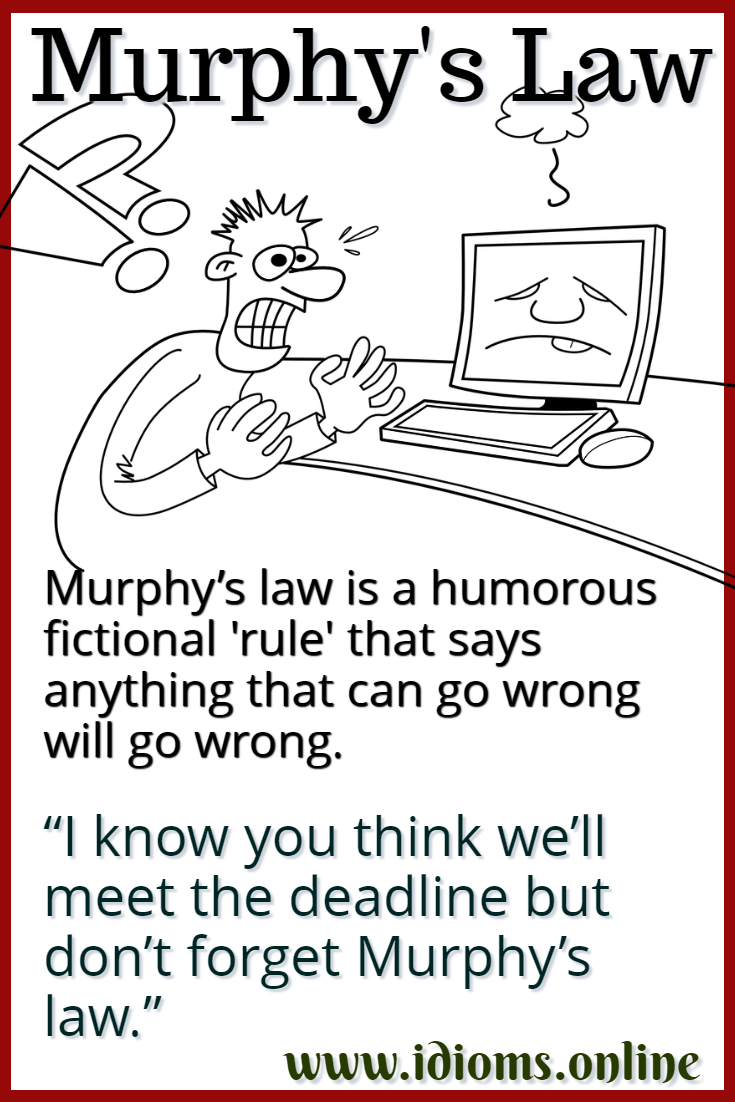 Some say the Murphy of Murphy’s law was Irishman named Murphy. However, the idiom is generally attributed to an Air Force engineer name Edward Murphy, Jr. In 1949, Murphy was helping with G-force testing at Edwards Air Force base, supplying sensors that could be used to measure the G-forces endured by Colonel John Paul Stapp on the rocket sled used to simulate the G-forces encountered by fighter pilots. When the sensors at first failed to work because they were incorrectly attached by a technician, Murphey is said to have complained: “if there are two ways to do something and one will result in disaster, he’ll do it that way.” Murphy’s comment may have been specific, but it was quickly generalized to become our modern idiom. See more.