Meaning of Idiom ‘Not Sleep a Wink’

This idiom is always used in the negative. One never says “I slept a wink.” As well, it is almost always used in the past tense or the present continuous tense. To hear “he is sleeping a wink” would sound odd. Instead, we say “he is asleep” or “he is sleeping.” However, both “I didn’t sleep a wink” and “I am not sleeping a wink, lately” are correct. 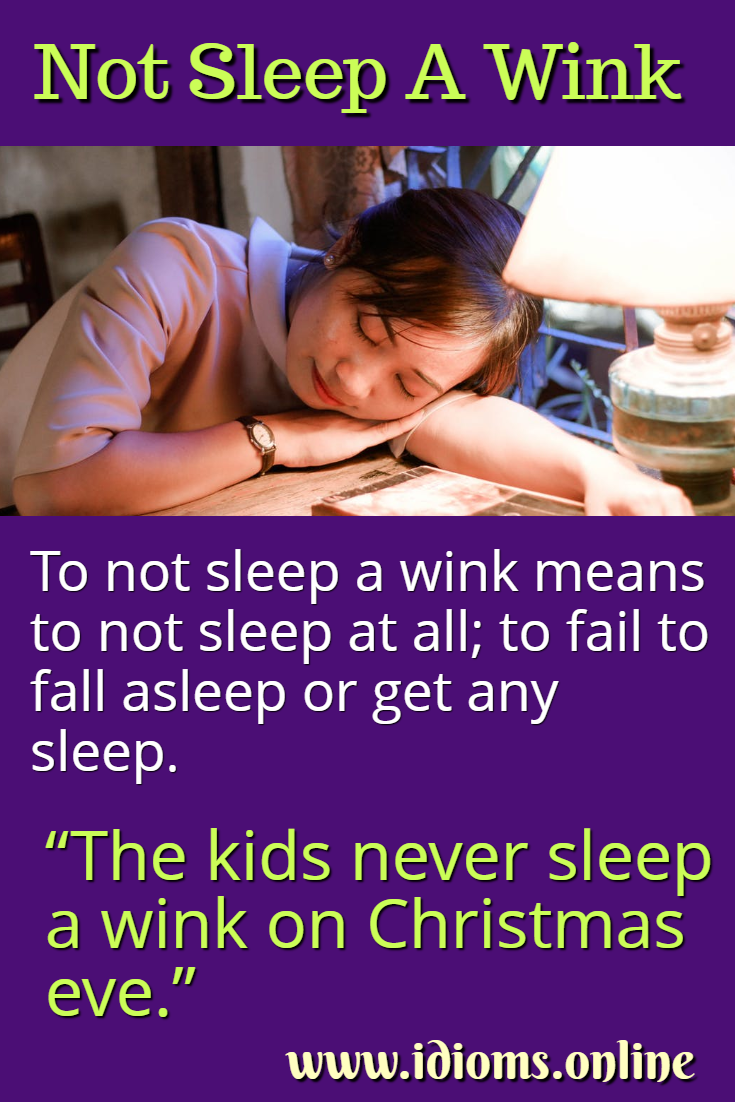 “The kids never sleep a wink on Christmas eve.”

“This interview has got me so anxious I couldn’t sleep a wink last night.”

“He didn’t get a wink of sleep before his trip, and sleeping on the plane was impossible.”