Meaning of Idiom ‘Reinvent the Wheel’

To reinvent the wheel means to do something again, or try to improve something, that is already perfected and cannot be improved; to waste time by reproducing something that already exists. 1Heacock, Paul. Cambridge Dictionary of American Idioms. Cambridge: Cambridge UP, 2010.,2Ammer, Christine. American Heritage Dictionary of Idioms. Boston: Houghton Mifflin Harcourt, 2013.,3Ayto, John. Oxford Dictionary of English Idioms. Oxford: Oxford U, 2010.

Reinvent the wheel is always used in a negative way, especially to refer to efforts that result in inefficiency or wasted time. The idiom can refer to systems or actual physical products.

“My son’s new teachers are so busy trying to reinvent the wheel that none of the students can understand what is going on in the classroom.”

“This is not the first time we’ve had a malfunction like this and we know how to fix it,” said the foreman to his workers. “Stop trying to reinvent the wheel and get this machinery running.”

“The new company isn’t so much reinventing the wheel as finding ways to make it much too expensive.” 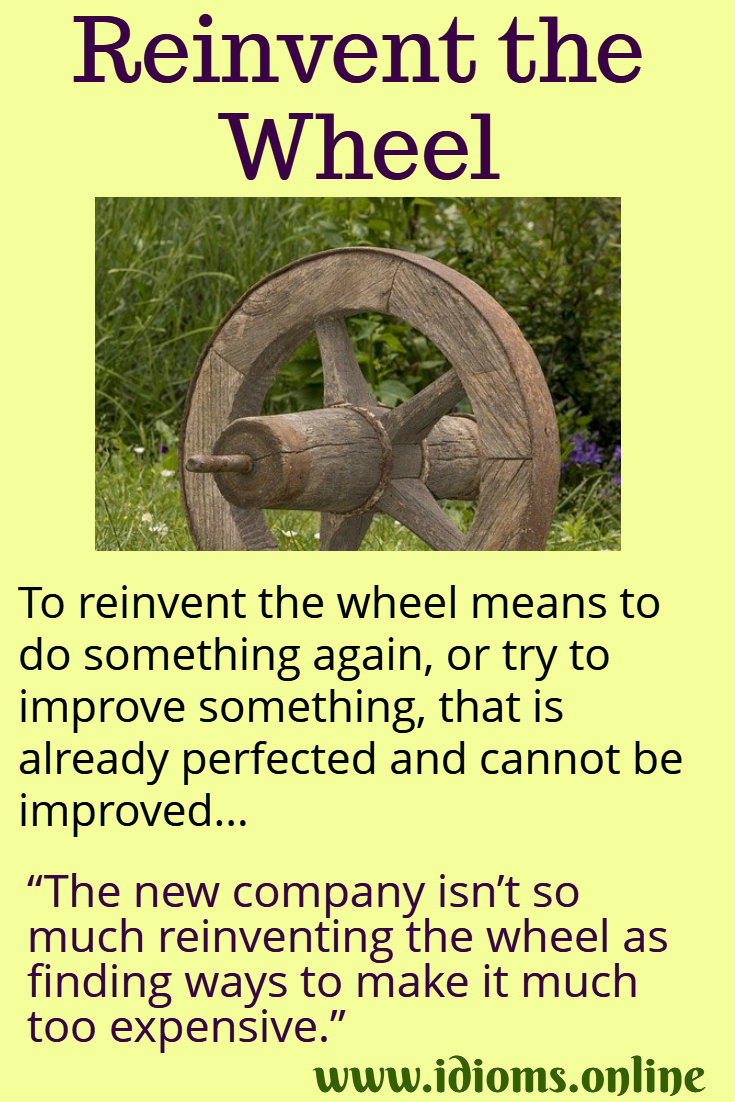 The wheel is considered the quintessential perfect solution to a need. Although the wheel is a simple and straightforward device, once invented, no other invention could ever replace it, and it transformed the way human beings do work. It is no wonder, then, that it is used in this idiom to allude to something simple that already works, and which no amount of effort could improve upon.