Meaning of Idiom ‘Suck Up’

To suck up (to someone) means the same thing as to kiss ass or to brown-nose; to curry favor or try to win approval by acting obsequiously toward an important person, especially someone who could advance one’s career or standing.

The variant idiom kiss up seems to be a combination of suck up and kiss butt. 1Ammer, Christine. American Heritage Dictionary of Idioms. Boston: Houghton Mifflin Harcourt, 2013.

A person may simply suck up or suck up to someone. The person who sucks up can be called a suckup (or kissup, kiss-up). 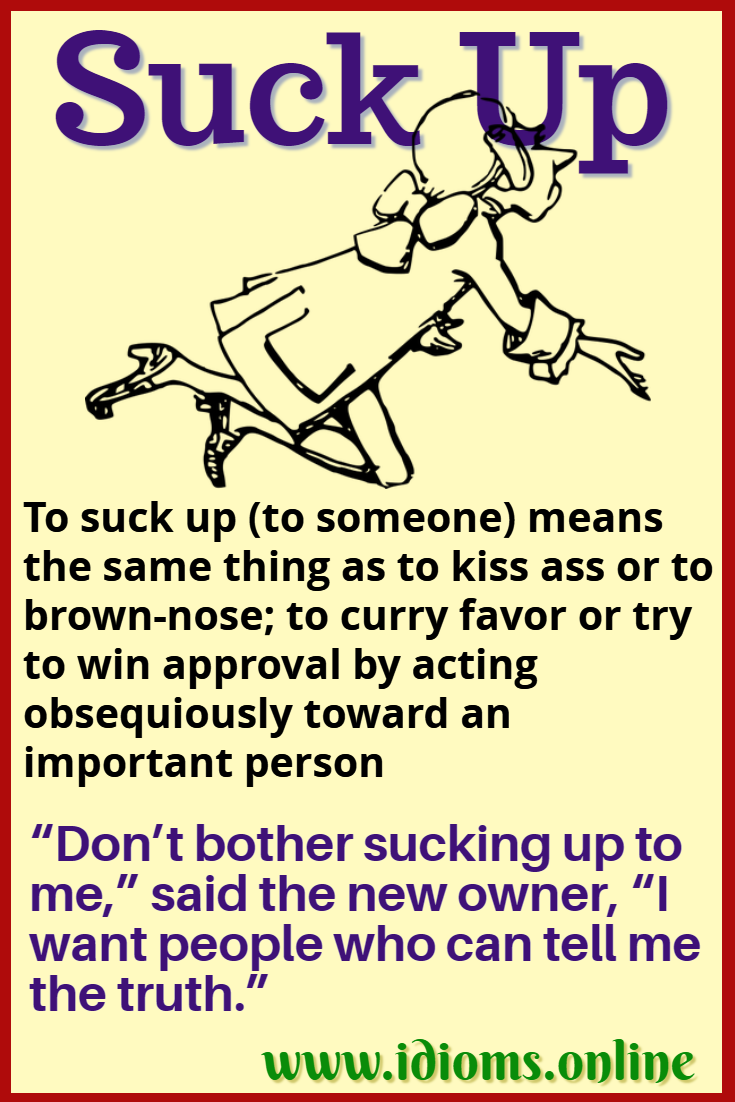 “Don’t bother sucking up to me,” said the new owner, “I want people who can tell me the truth.”

“The vice-president has been described as a weak sycophant. In other words, he’s a suckup.

“Kissing up to the boss it a time-honored tradition around here.”

“He’s a suck-up; a teacher’s pet, yet he still gets bad grades.”

“I wonder why people try to suck up to teachers by giving them an apple? Are teacher’s unusually fond of apples?”