Meaning of ‘To Be Able to Take a Joke’

To be able to take a joke is to not react negatively when you are teased or to jokes that are about you or against you; to be able to accept others making fun of you with grace and good-humor.

Compare to dish it out.

It is rare that anyone is praised for their ability to take a joke unless it is an individual explaining that they, indeed, are able to take a joke. Instead, the expression is usually used negatively in regards to those who cannot take a joke.

“Don’t worry, Josh is just pretending he’s mad about your prank,” said Paul, “he can take a joke with the best of them. But trust me, he’s planning a good one to get you back!”

“I’m just kidding around,” said Sean, “it’s your problem if you can’t take a joke.”

“Watch what you say to the foreman. He can’t take a joke at all.” 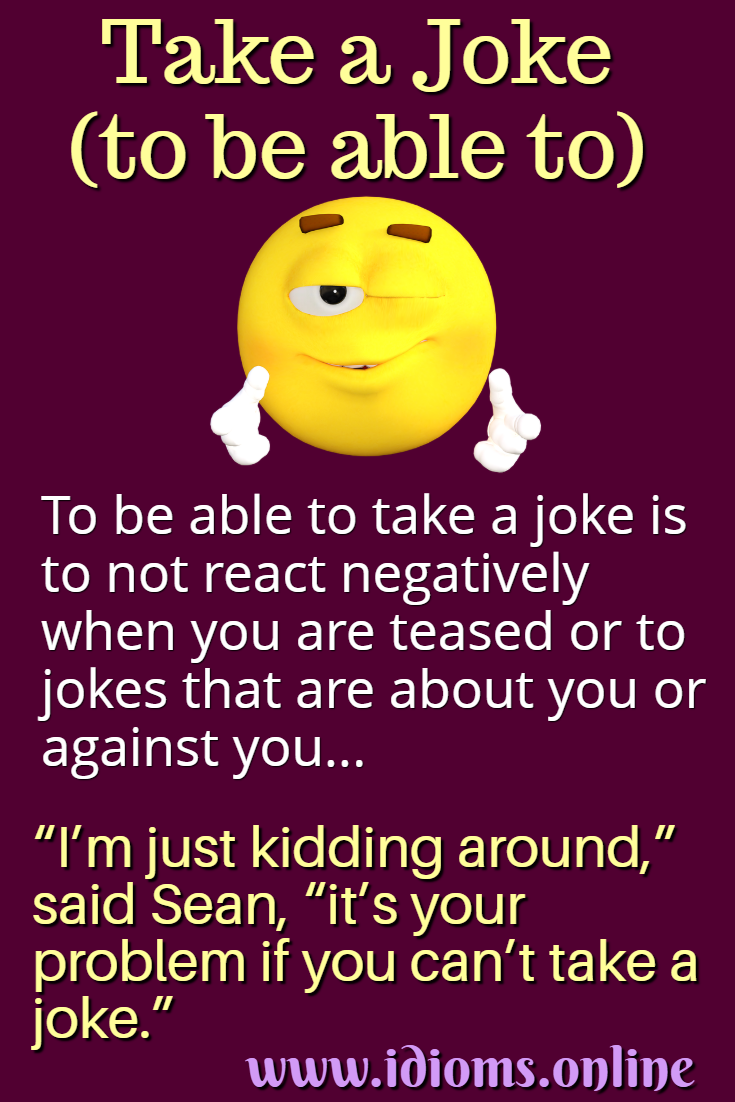 The word take in this expression is used in the sense of “accept, tolerate or stand.”

Since at least the late 1700’s, those who spoiled a joke by being ill-natured about it have not been well-liked. As well, it has long been agreed that he who gives a joke must be able to accept a joke.