Meaning of Idiom ‘Take Someone to the Cleaners’

To take someone to the cleaners is to take most or all their money or cause them to lose their money through cheating them or some other nefarious means; to “clean someone out” financially either by dishonest means or in a court battle.

Occasionally, taking someone to the cleaners can mean to easily beat them in a contest, fight, etc.

The expression is often applied to divorce proceedings in which one person gets a much larger percentage of the marital assets than the other.

“Robert was a con-artist who took several senior citizens to the cleaners.”

“After Joe’s wife found out he was cheating on her, she took him to the cleaners.” 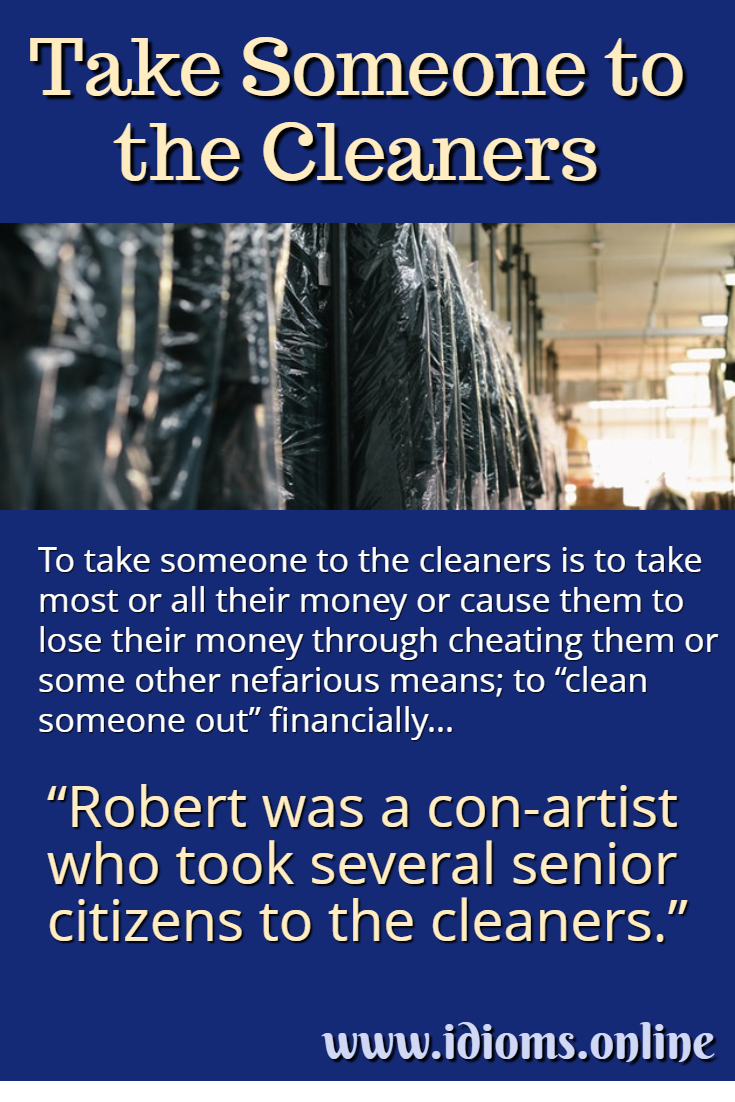 The idiom from the 1930’s is an extension of the notion of “cleaning someone out” financially. The idiomatic cleaner is a retail dry-cleaning establishment. Interestingly, the word laundering was not applied to money until much later during the 1970’s.