Meaning Of Idiom ‘Tie the Knot’

To ‘tie the knot’ is an informal way to speak of getting married. Do not confuse the phrase tie the knot with ‘tie into knots,’ which means to confuse, upset, or bewilder. 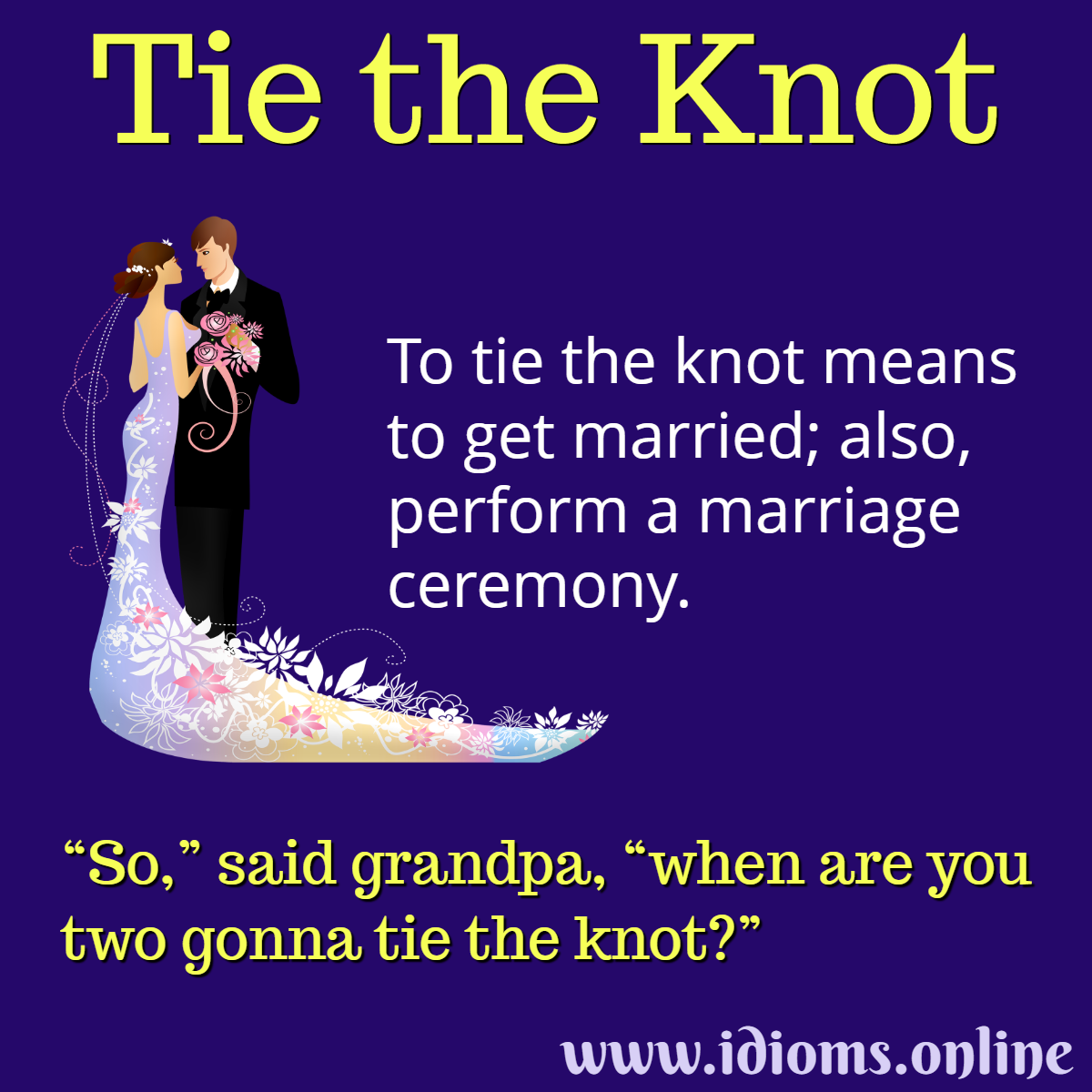 “So,” said grandpa, “when are you two gonna tie the knot?”

“We’ve been together for ten years. It’s time we tied the knot.”

“They been dating for twenty years but have yet to tie the knot.”

“Many couples opt to tie the knot in Vegas. There are dozens of inexpensive wedding chappels and it’s a great place for a honeymoon.”

“Have you ever considered tying the knot on a cruise ship?”

“The fact that he wants kids and she doesn’t makes them both hesitant to tie the knot.”

“My best friend is going to tie the knot for us. He was ordained online for 50 bucks.”

“My friend’s uncle is a Justice of the Peace. If you don’t want a priest, I’m sure he can tie the knot for us.”

The knot, in ‘tie the knot,’ refers to a ‘binding knot.’ Although some assert that the true origin of this knot is unknown and may be entirely metaphorical, others are sure that it comes from an ancient Celtic practice of tying the hands of couples together with a cloth or cord, a practice that stretches back to the medieval period. The cloth bound the couple together, making them as one.