“Did you see that story about the gorilla making a pet of a mouse? Truth really is stranger than fiction.”

“A woman died today when a flower pot fell from a balcony. It didn’t hit her. It landed in front of her and she tripped over it and fell and hit her head. Truth is stranger than fiction.” 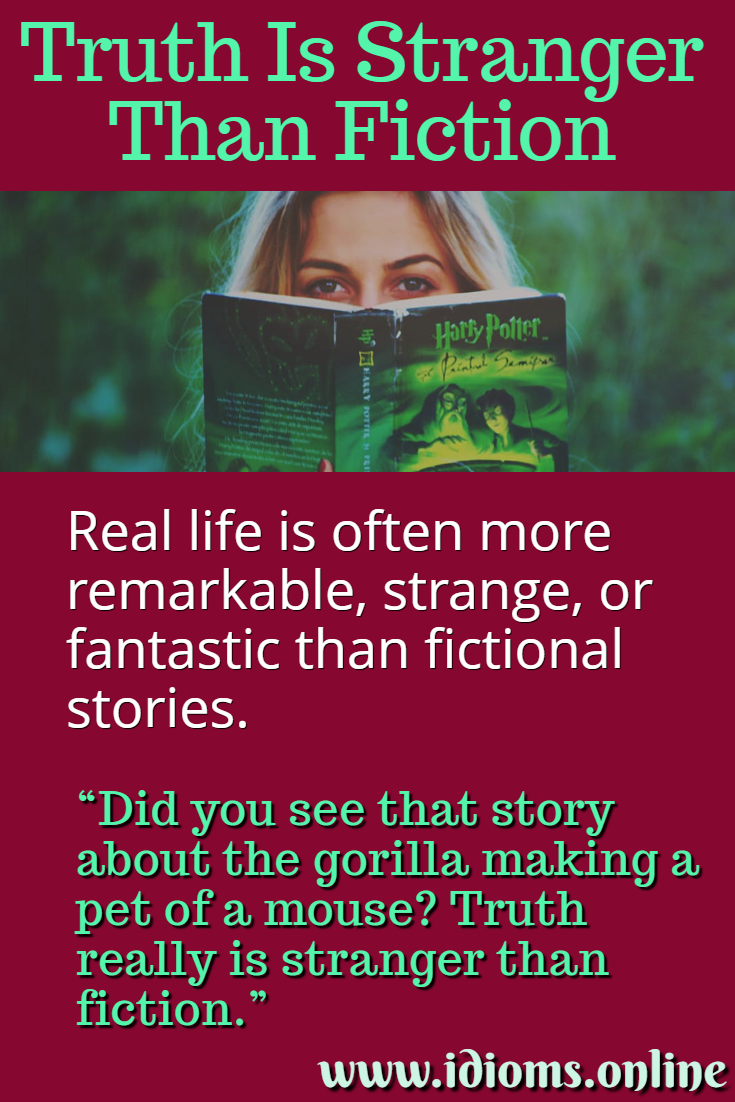 Although it may not be literally true that ‘truth is stranger than fiction,’ real life events can sometimes seem so remarkable as to defy logic, and since fictional tales tend to rely on a logical series of events, reality may at times seem stranger, thus the idiom. Mark Twain, who is often claimed to be the originator, said as much in his novel Pudd’nhead Wilson:

“Truth is stranger than fiction, but it is because Fiction is obliged to stick to possibilities; Truth isn’t.”

This statement, of course, is nonsense, and so is the claim that Twain invented the idiom. Pudd’nhead Wilson was first published in 1894 and the idiom was already in use by the late 1820’s, if not earlier.

Instead, the statement is first seen in Lord Byron’s epic poem, Don Juan, first published in 1819:

‘Tis strange but true for truth is always strange;
Stranger than fiction; if it could be told”

Indeed, many of the earliest printed references to the idiom openly attribute the statement to Lord Byron, making him the most likely originator.