Vicious circle is an idiom that has been used in English since at least 1700’s.

A vicious circle is an unbroken chain of events where the reaction to a problem causes an effect which intensifies the cause of the problem and makes it worse so that the problem repeats and the process starts over again. The original problem in a vicious circle leads to more of the same, or, in other words, it is its own cause.

“Rays drinking ruined him. He would lose his job and drink more, so he lost his apartment, and then drank even more than before. It was a vicious circle.” 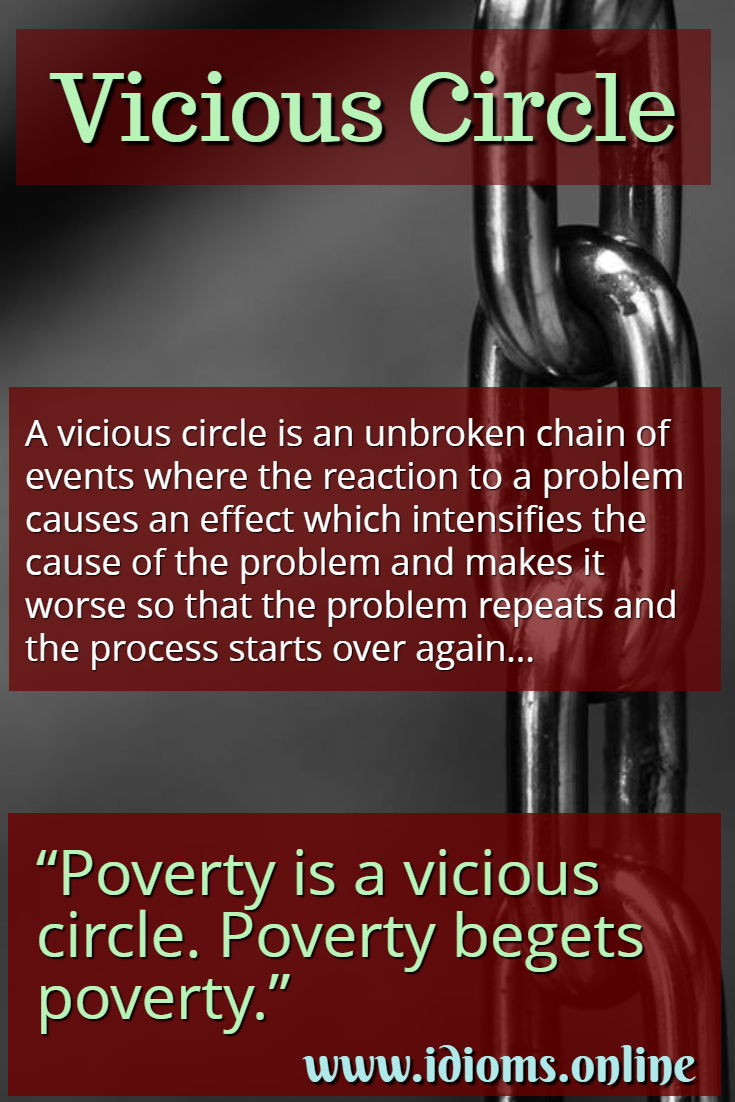 The original meaning of the work vicious is “characterized by vice or defects; defective; imperfect.” It meant the same as corrupt, faulty, or wicked. It could also mean cruel. So, vicious in the idiom “a vicious circle” can be seen to mean “cruel or wicked.”