Also: Mop (up) the floor with someone

Meaning of Idiom ‘Wipe the Floor With Someone’

“You do not want to get into a fight with Wayne. He’ll wipe the floor with you.”

“We wiped the floor with the Eagles in the championship game.”

“What do you think is going to happen in the debate?” asked O’Brien. “I think Jackson is going to mop the floor with Fuller.”

“Watch what you say to Jefferson. He’s an ex-boxer, you know. I heard that Bret mouthed off to him and old Jefferson ended up wiping the floor with him.” 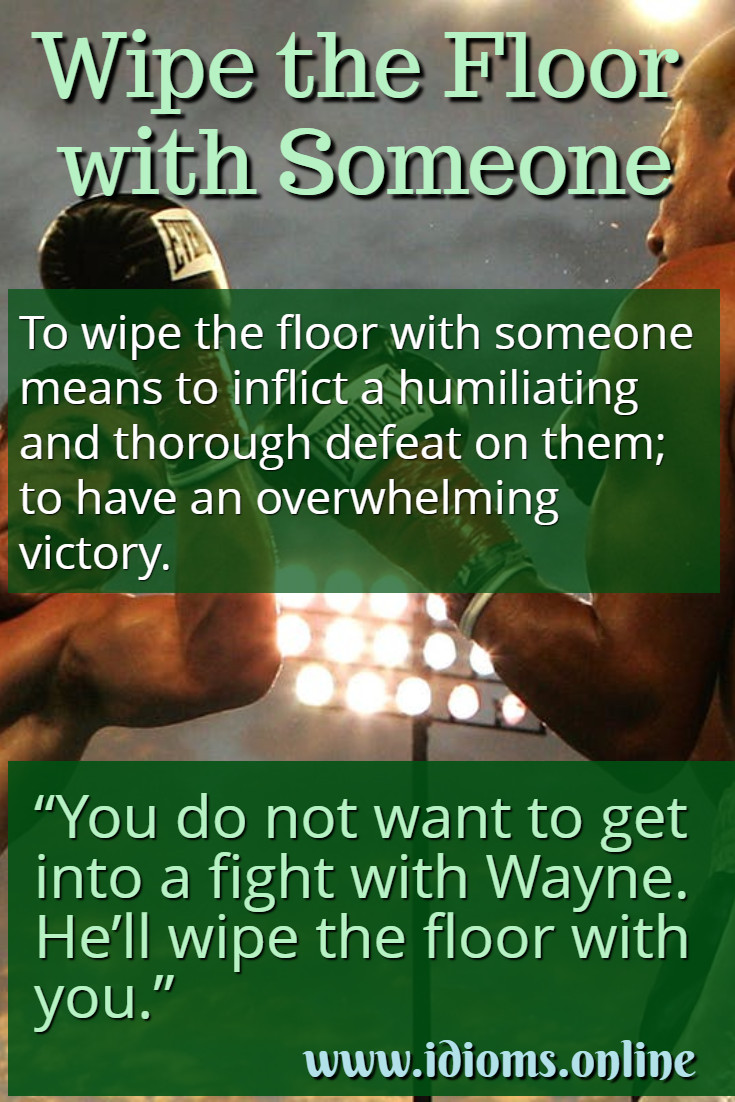 A Dictionary of Slang, Jargon & Cant Volume II by Albert Barrère, Charles Godfrey Leland (1897) may give a clue to the origin of this idiom. The dictionary lists ‘mopped the floor’ which may be the earliest version of the expression:

“(American), a common slang phrase, signifying that one man has thrashed another so completely as to have taken him like a broom or a mop, and swept or cleaned the floor with him.”

This suggests that the victor, after having thoroughly beaten and disabled his opponent, would take him by the heels and literally mop or wipe the floor with his body.

Such a literal allusion seems unlikely, but this explanation does suggest that the expression alludes in some way to the loser of a brawl having been knocked off his feet and laid out upon the floor.