Meaning of Wrap Yourself in the Flag

According to the Oxford Dictionary of English Idioms, to wrap yourself in the flag is to make an excessive show of your patriotism, especially for political ends.

This is mostly an American idiom. We often use this phrase to refer to politicians, who tend to explain their negative actions by saying they are only being a patriot and looking out for their country, thus “wrapping themselves in the flag.” This also has the connotation of having no answers but ‘trusting to the government’ to sort things out. 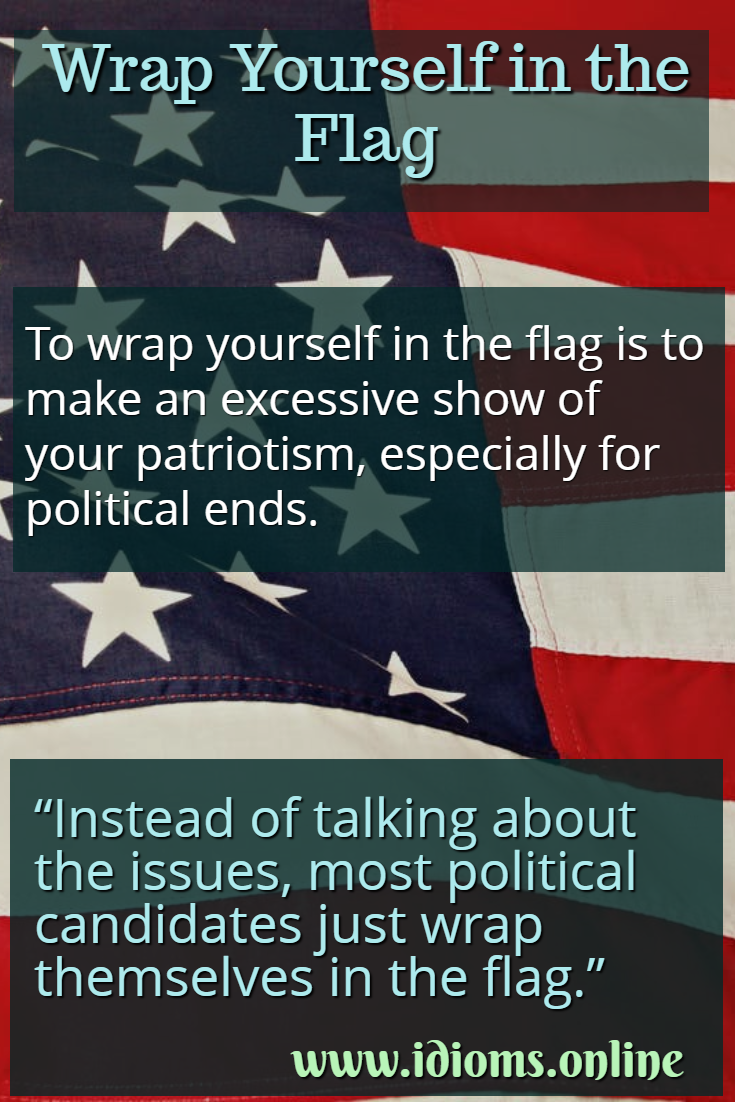 “Instead of talking about the issues, most political candidates just wrap themselves in the flag.”

“Many people pretend to be patriotic and wrap themselves in the flag, but never bother to vote on the real issues.”

Just as it is customary to bury fallen soldiers with a folded flag on their breast, and to drape their caskets with the flag, it used to be traditional to wrap fallen soldiers in the flag, at least when possible. Even if this practice was not carried out, it was often spoken of in a symbolic way. Consider this message used to mark the shrines of fallen soldiers:

Wrap round him the banner,
It cost him his breath;
He loved it in life,
Let is shroud him in death.