Meaning Of Idiom ‘The Wrong Side of the Tracks’

The idiom ‘the right side of the tracks’ is also, though more rarely, used, alluding to the more desirable part of town where the more wealthy people live. Both idioms are considered classist today.

“Her father forbade her to see her boyfriend, complaining that he was from the wrong side of the tracks.”

“After being treated like an inferior because he lived on the wrong side of the tracks, the young man refused to give in to the trappings of wealth and success.”

“I grew up on the wrong side of the tracks in a typical working-class family.” 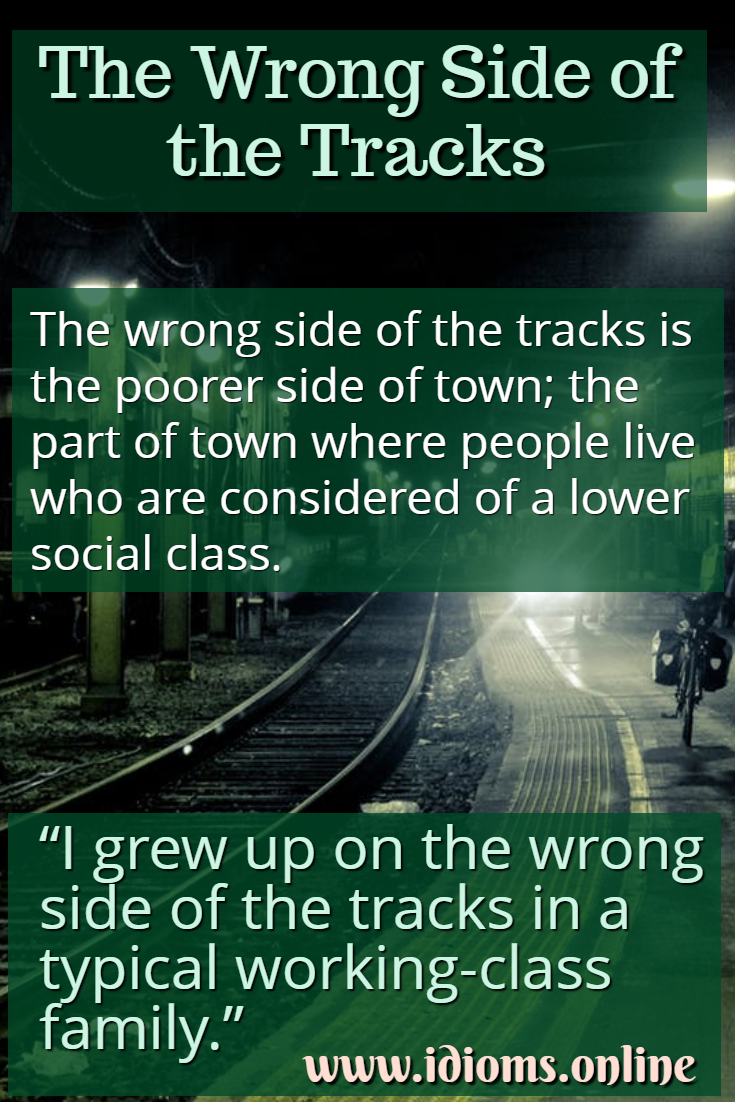 Used since the second half of the 1800s, this idiom derives from the idea that railroads often ran through towns, separating the poorer half of town from the more wealthy 4Ammer, Christine. American Heritage Dictionary of Idioms. Boston: Houghton Mifflin Harcourt, 2013., as mentioned by Thorne Smith in 1929:

“In most commuting towns..there are always two sides of which tracks serve as a demarcation. There is the right side and the wrong side. Translated into terms of modern American idealism, this means, the rich side and the side that hopes to be rich.” 5Ayto, John. Oxford Dictionary of English Idioms. Oxford: Oxford U, 2010.