Meaning Of Idiom ‘Zone Out’

To zone out is to stop paying attention to what is happening around you; to let ones mind wander and fall into a state of revery; to engage in mindless passive activity; to become dissociated from a situation and enter an almost trancelike state. 1Heacock, Paul. Cambridge Dictionary of American Idioms. Cambridge: Cambridge UP, 2010.,2Ammer, Christine. American Heritage Dictionary of Idioms. Boston: Houghton Mifflin Harcourt, 2013.

People often say they ‘zoned out’ when they have been caught staring straight ahead for a few minutes as if in a trance, as in daydreaming or musing. The idiom is often used to mean “give the mind a rest” as in “I’m just going to go home, watch TV, and zone out for a while.”

The idiom can also be used in the passive voice, as “zoned out.” 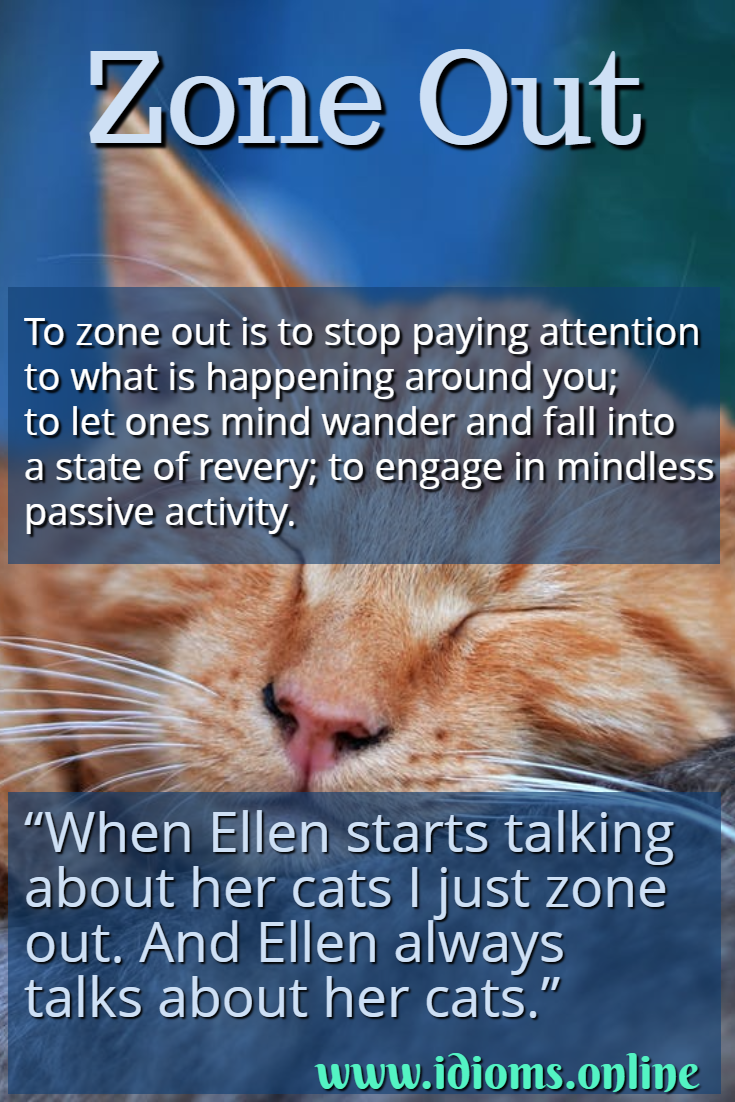 “Mary, did you hear anything I just said?” asked John. “Sorry,” said Mary, shaking herself out of her revery, “I zoned out for a while. What did you say?”

“The weekly office meetings were long, boring, and completely pointless. Victor wasn’t the only employee to zone out during these compulsory get-togethers.”

“You seem zoned out today, Amy,” said Pamela. “Is there anything on your mind?”

This idiom began as a slang expression for narcotic intoxication but was extended to more general dissociated states b the second half of the 1900’s. It is similar to the idiom tune out. 3Ammer, Christine. American Heritage Dictionary of Idioms. Boston: Houghton Mifflin Harcourt, 2013.