To be at the end of your rope means that you have reached the limit of your patience, resources, abilities, energy, etc. and so are unable to deal with a situation any longer. 1Ayto, John. Oxford Dictionary of English Idioms. Oxford: Oxford U, 2010. 2Ammer, Christine. American Heritage Dictionary of Idioms. Boston: Houghton Mifflin Harcourt, 2013.

Compare At Your Wit’s End.

“I have a house full of children, the in-laws are here, and to top it off, there is work being done on the house. I’m at the end of my rope!”

“I’ve tried everything I know to fix this car but it still won’t run. I’m at the end of my rope.” 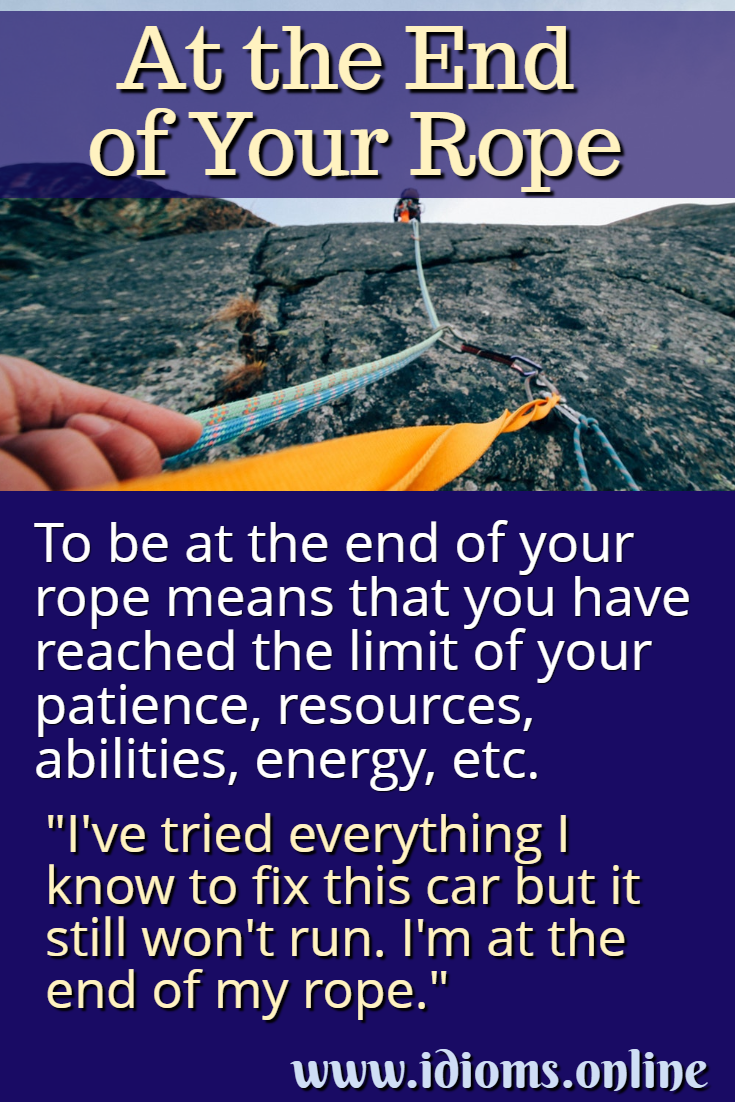 This idiom alludes to a tether, which is a rope tied to an animal to limit its movement and keep it from wandering off. The animal can only graze as far as the rope allows, thus once it reaches “the end of its tether” it has run out of options and resources and is bound to become frustrated.