1. A road or other passage that is blocked at one end and thus does not lead anywhere.

“Turn right to get to the main road. Just don’t use the first right because that’s a dead-end street.”

“This job is a dead end. I need to find something that can lead to a career.”

“I was only 25 and I was already in a dead-end marriage with a low-paying job.”

“The peace talks between the two countries have reached a dead end.” 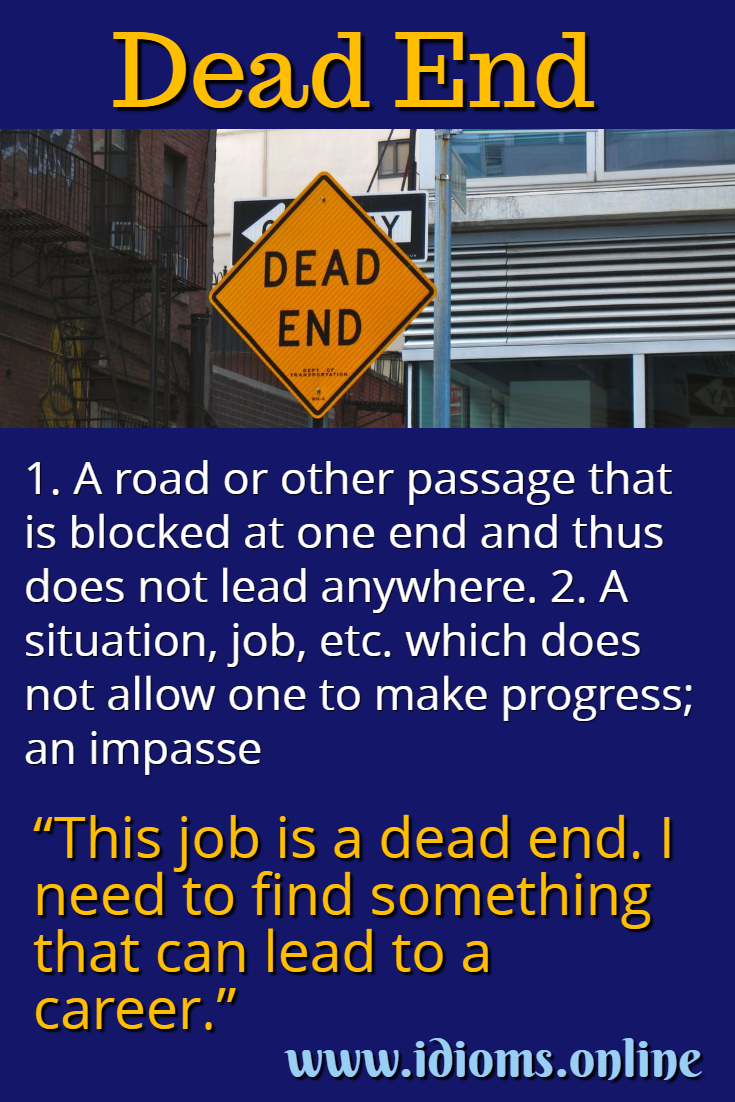 When referring to streets or other passages, this idiom has been used since the late 1800s. The second use, commonly referring to jobs or other situations, has been common since around 1920. The word dead is used to mean absolute or complete. 4Ammer, Christine. American Heritage Dictionary of Idioms. Boston: Houghton Mifflin Harcourt, 2013.