Dead ringer is usually used in the full phrase “to be a dead ringer for someone.”

“That lawyer is a dead ringer for Robert Redford, right down to his hair color.”

“Has anyone ever told you that you’re a dead ringer for your aunt Julie when she was your age?”

“The police thought they had found my car but the identification numbers didn’t match. The car they found was a dead ringer for mine, though. It even had a dent in the same spot!” 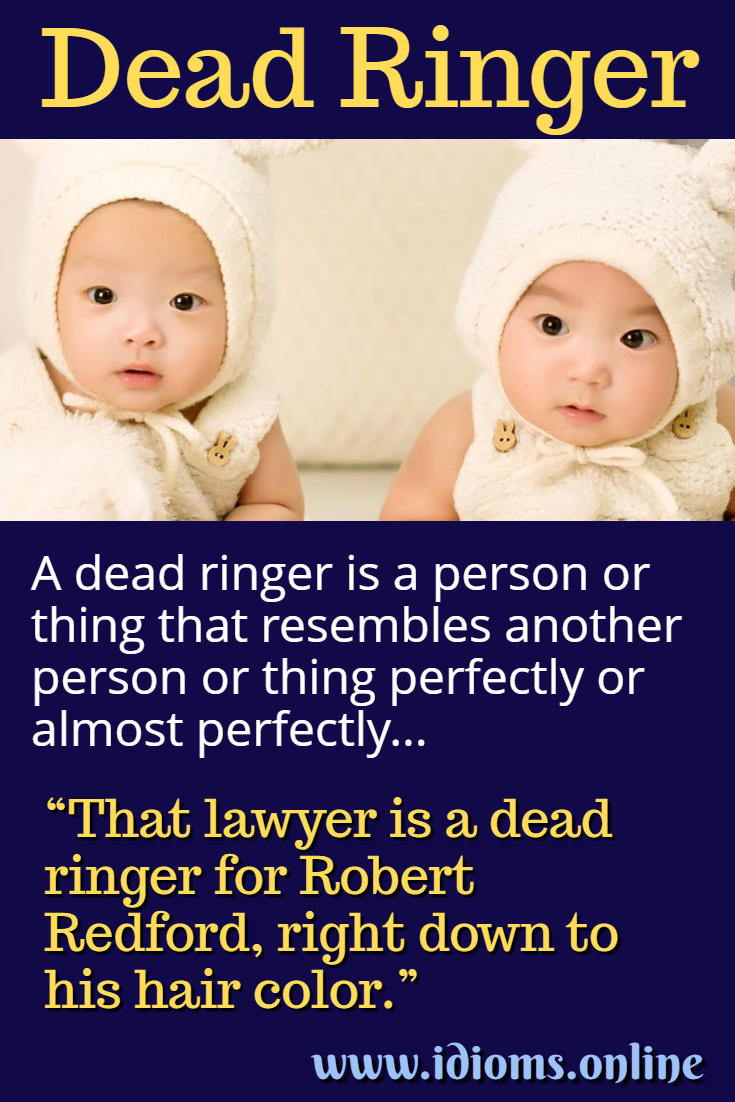 Ringer has long been used to refer to something which “rings false” and was originally applied to a horse that was dishonestly substituted for another horse in a race. Today, the term is still used to refer to fakes or imposters, such as players substituted on teams who are not on the official roster or who shouldn’t be eligible to play but give an advantage to the team.

Dead is used as an intensifier in many expressions and here it is used to mean precise or exact. 5Jarvie, Gordon. Bloomsbury Dictionary of Idioms. London: Bloomsbury, 2009.,6Bengelsdorf, Peter. Idioms in the News – 1,000 Phrases, Real Examples. N.p.: Amz Digital Services, 2012.