Meaning of Idiom ‘Ring a Bell’

To ring a bell means to cause someone to remember something, although indistinctly or vaguely; to remind someone of something. 1Spears, Richard A. McGraw-Hill’s American Idioms Dictionary]. Boston: McGraw Hill, 2008. ,2Ammer, Christine. American Heritage Dictionary of Idioms. Boston: Houghton Mifflin Harcourt, 2013.

If something, such as a name or phrase, rings a bell, you think you have heard it before or you vaguely remember it. 3McCarthy, Michael. Cambridge International Dictionary of Idioms. Cambridge University Press, 2002

This idiom often takes the form of ‘rings a bell’ as in the exchange: 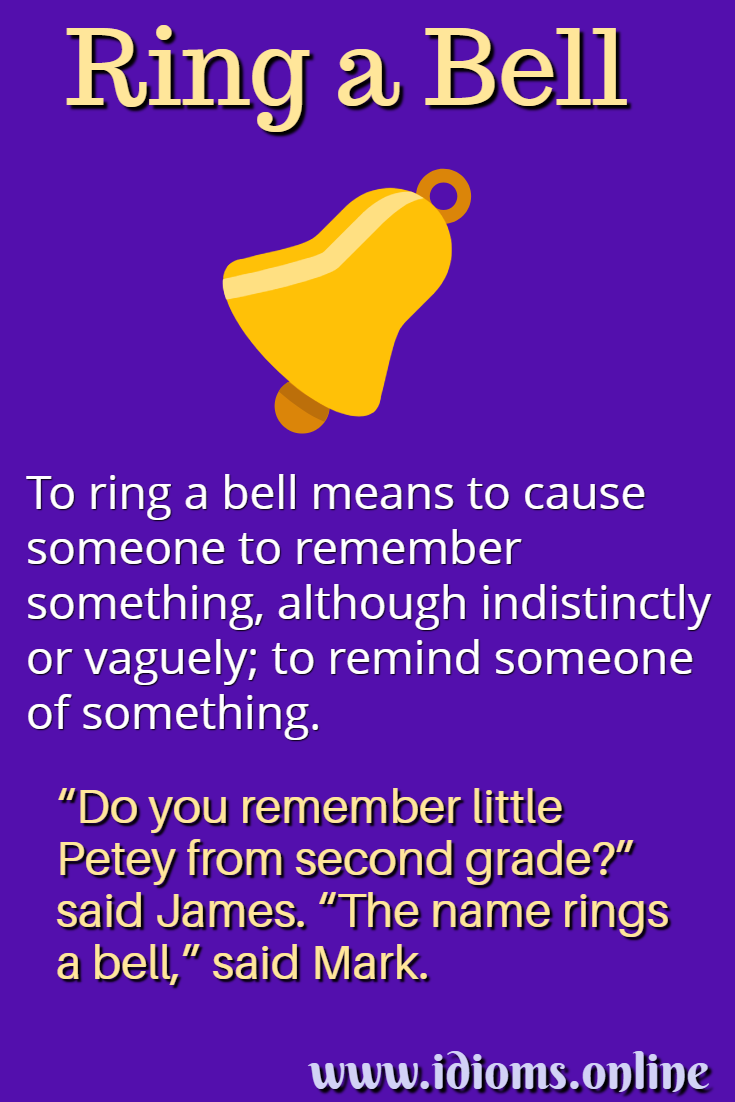 “My friend Jo-Ann is coming over tomorrow evening,” said Laura. “Who’s that?” said Rick. “You remember. You met her at Dawn’s wedding. “Doesn’t ring a bell,” said Rick.

Used since the 1930’s, this idiom alludes to a bell helping to remind someone or serving as an alarm. 4McGraw-Hill’s American Idioms Dictionary]. Boston: McGraw Hill, 2008.