A babe in the woods is a common idiomatic expression used to describe a person who is young, naive, inexperienced, and innocent. It is often used more specifically to refer to such persons being thrust into situations they are not ready to handle, similar to babe in arms. Sometimes, as well, it is used more pleasantly to mean someone who is pure of heart, simple, honest, and guileless.

Although “Babe in the Woods” is used as the title of numerous works, the phrase is not an everyday expression.

“My new manager is a babe in the woods, barely out of high school.”

“Adam is a babe in the woods. You can’t expect him to do well in such a cut-throat business.” 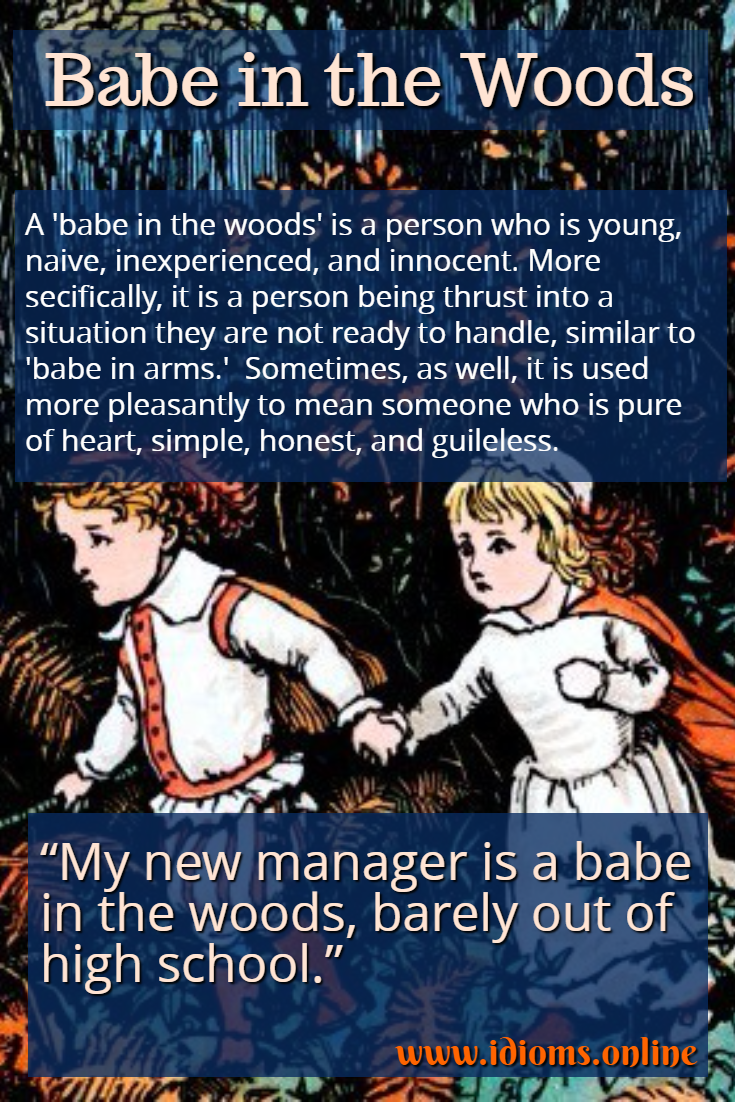 The expression babe in the woods comes from a traditional children’s story called Babes in the Woods or Children in the Wood. This story was first published as a ballad in 1595 by Thomas Millington but came to be a common type of children’s story or Mother Goose nursery rhyme. Although there are various versions of the story, the basic format is about two children who are abandoned in the woods by their evil uncle. The children die of starvation, their bodies covered in leaves by birds, often robins. See more info on wikipedia

These stories passed into figurative usage at an unknown time.