When something is referred to as a cakewalk, it is something that is easy. Often refers to an easy victory. Cakewalk is a synonym for piece of cake.

“Wow, that game was a cakewalk, we really beat the pants off ’em.”

“This new project is no cakewalk, it’s taking up all my time.”

The idiom cakewalk is thought to have its origin in the festive social dances performed by African-American slaves in the American South. These dances were entertainment to the slave masters but a social ritual and often a parody of the highfalutin behavior of the white slave owners. This rich subject deserves a space all its own, but part of the dance was a “contest” in where participants would promenade in what was actually a mockery of graceful walking and aristocratic mannerisms. The winners would receive cake as a prize. The cakewalk became an integral part of the minstrel shows to follow and there were musical compositions known as cakewalks. These were performed on into the 1920s. To achieve something easily began to be referred to as a cakewalk, or even to “do a cakewalk.” 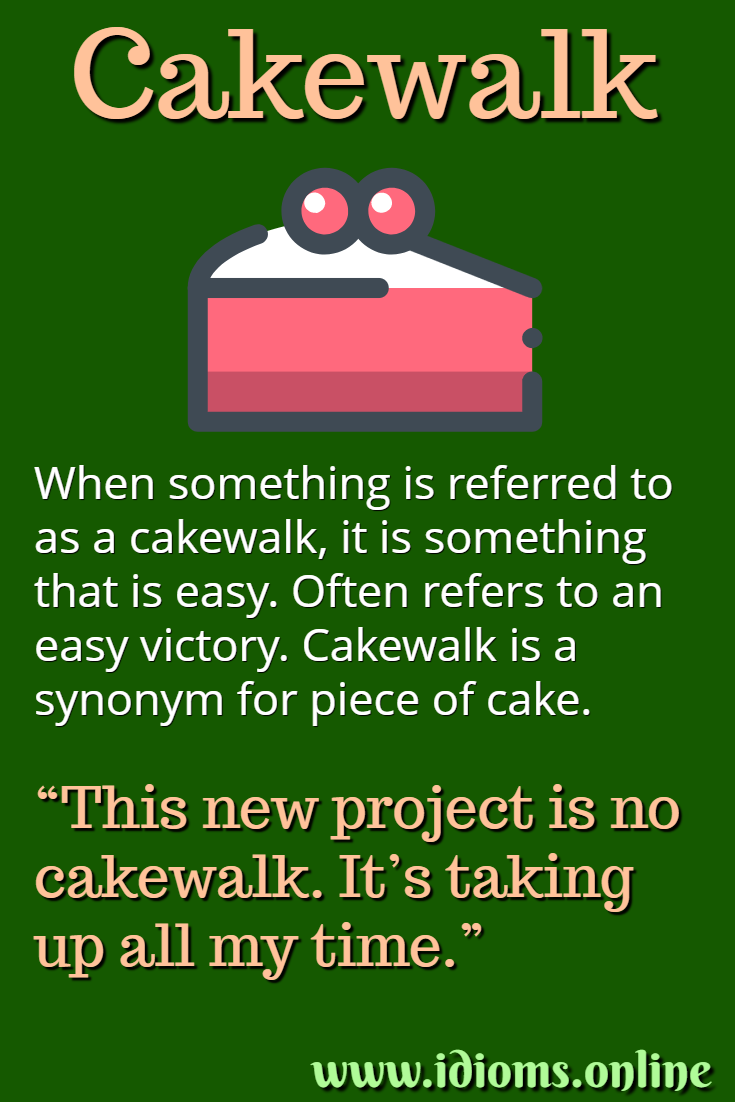