The use of this idiom conveys disapproval of the person deemed to be a couch potato. Such a person is seen as lazy as they exist in an almost ‘vegetative’ state. However, the idiom is often used in a more humorous way and can even be applied to oneself. 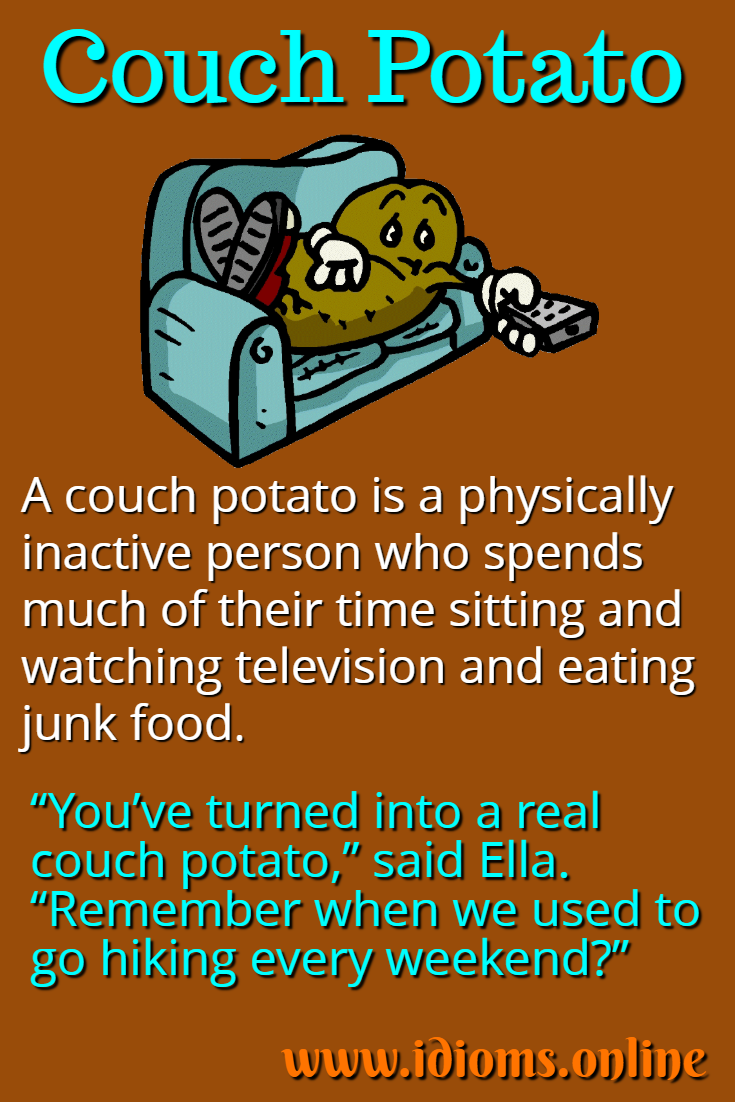 “You’ve turned into a real couch potato,” said Ella. “Remember when we used to go hiking every weekend?”

“I was a real couch potato during my vacation. I just wanted to relax, watch movies, and read.”

“All he does is watch TV and eat junk food. He’s a lazy couch potato and he’s supposed to be looking for a job.”

The idiom may allude to the image of a motionless vegetable watching television, or a person with the shape of a potato. It may also refer to the consumption of potato chips and other junk foods. However, it is possible that the expression derived from the slang term for television watcher, boob tuber, as the potato is a tuber. Boob tuber was itself a play on the slang term for television the boob tube. 5Ammer, Christine. American Heritage Dictionary of Idioms. Boston: Houghton Mifflin Harcourt, 2013.,6Ayto, John. Oxford Dictionary of English Idioms. Oxford: Oxford U, 2010.