Curiosity killed the cat is used to express the idea that showing too much interest in the affairs of other people can get you in trouble, or even be dangerous. 1Ayto, John. Oxford Dictionary of English Idioms. Oxford: Oxford U, 2010.,2Kirkpatrick, Elizabeth M. The Wordsworth Dictionary of Idioms]. Ware: Wordsworth, 1995.

“I really want to find out what Jack is doing about his wife’s affair,” said Alice. “It’s none of your business,” said Paul. “Curiosity killed the cat, you know.”

“When the accountant asked about the missing money in the ledger, he was reminded that ‘curiosity killed the cat.’

“My mother always told me that curiosity killed the cat, but she was always meddling in other people’s business!” 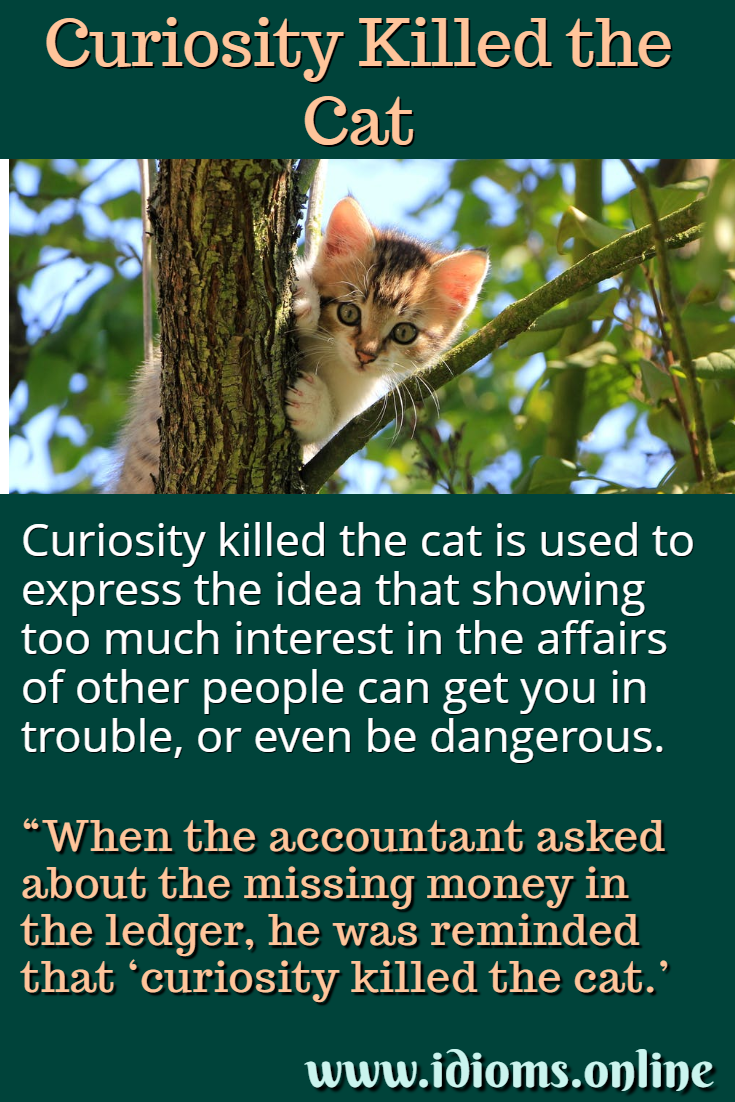 As early as the 1500s there was a related expression, ‘care killed the cat’ or ‘care will kill a cat’ such as in Ben Jonson’s 1598 play Every Man in His Humour:

This expressed the idea that sorrow or worry can kill even a cat, although they have nine lives.

Although there are several invented stories which claim to connect this earlier expression to our modern one, more likely is that the present idiom is based on a simple observation that cats, indeed, are curious creatures, and, although they have nine lives, they use them up quickly with their inquisitive nature. Whether or not this is an independent idiom or whether it arose from the previous expression is unknown. By the late 1800s to early 1900s, both expressions were known and both are in reference to the cat’s proverbial nine lives.