Meaning of the Idiom “Green Light”

A green light means permission to begin or go forward with something, such as a project, job, etc.

Green light, when used as a noun, is usually used with the word “the.” Most often, the full expression is “give the green light to (someone).” It is also possible to “get the greenlight.” When used as a verb, it is rendered as one word: greenlight.

The green light is given to someone.

“The county finally gave us the green light to begin building.”

“We’ve been trying to get into the country to begin our research on the new archaeological finds for months. The government finally gave us the green light today!”

“I think we should greenlight Karen’s project,” said Carol.

“Karen’s project was greenlighted by Carol.”

“Karen has the green light to begin her project.” 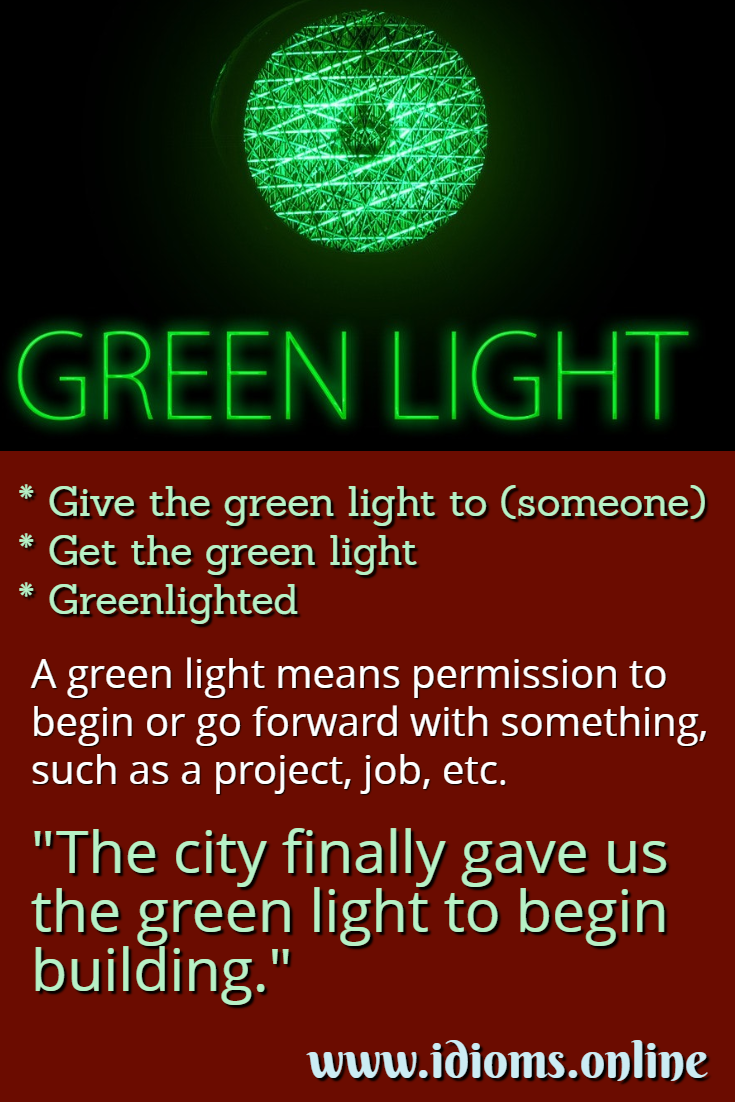 This idiom would seem to have an obvious origin: The green lights used as traffic signals where green means “go.” The idiom certainly owes its continued use to traffic lights, but it is actually older. The tradition of using green lights as a signal to mean go (permission to proceed) originated with trains in the late 1800’s. The term green light was used figuratively by the first half of the 1900’s.